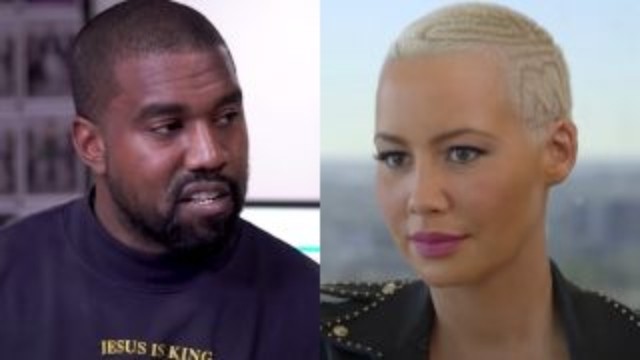 History tends to repeat itself. Especially when it comes to Amber Rose vs. Kanye West. The two recently have been disagreeing about who actually put Nicki Minaj on Kanye’s hit “Monster.”

Kanye West’s “Monster” had over a million sales. And was said to be one of Nicki’s greatest 16s of her career. But that isn’t why there is talk around the song right now. Kanye’s ex Amber Rose claims that she is the reason Minaj was on the track in the first place.

On July 19, while appearing on the “Higher Learning” podcast with Van Lathan and Rachel Lindsay. Rose spoke not only about her new rap single “GYHO,” but also about how she has a way of finding talent. “I have a good ear. I’ve A&R’d a bunch of amazing projects.” When the hosts asked specifically who she has helped she simply said, “All of my boyfriends.” Which includes Kanye West, Wiz Khalifa, and 21 Savage.

As the interview continued Lathan and Lindsay finally got her to admit that the West project she was referring to was true “Monster.” Saying Ye didn’t even know who Nicki was back then and she was the one that got her to come to the studio and record the verse. Rose says that she previously heard Minaj in the studio and knew instantly she needed to be on the track. But when she went back to Kanye his initial reaction was “What? Who? No!” Although he was hesitant at first. He decided to meet the up and coming artist. After she recorded, Amber says that Kanye actually considered removing her part because it was too good! Nicki’s former boyfriend, Safaree, even confirmed this news by commenting on an Instagram post about Rose’s claim.

The Amber Rose vs. Kanye West battles isn’t going away any time soon!