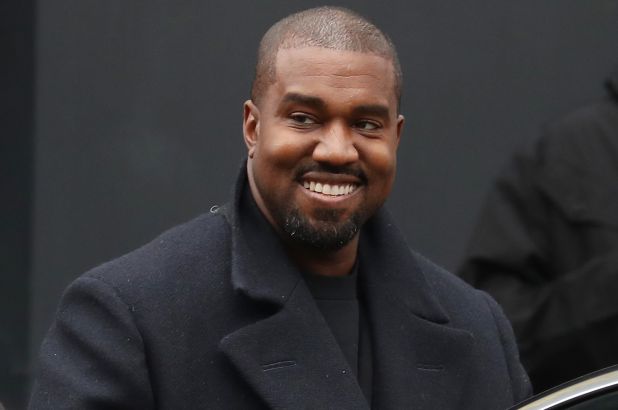 Kanye West announced earlier this week (Feb. 17) that Donda 2 will drop only via Stem Player, to the chagrin of many fans. The bold move will force millions of Ye lovers to spend $200 on the music playing device in order to access the new album. This choice is undoubtedly losing West listeners, and it’s also lost him a huge sponsorship.

In an Instagram caption, The ‘Heartless’ artist detailed his reasoning for avoiding services like Spotify, Amazon, and YouTube. “Today, artists get just 12% of the money the industry makes. It’s time to free music from this oppressive system. It’s time to take control and build our own,”  he typed.

Apple Music currently makes up 15% of the music streaming market according to a report from Midia Research. Coming only second to Spotify, Apple Music has a huge presence in the streaming era of music consumption we’re currently living in. Apparently, the suits over at Apple Music have taken notice of Kanye’s protests against streaming apps.

The controversial rapper posted an iMessage screenshot yesterday (Feb. 18) containing a message from “Damien”. Damien is presumed to be someone that works for Apple Music. “From Damian- Please inform Ye that the apple is no longer doing the sponsorship deal.” The message reads.

Kanye responded in an unserious manner, captioning the post “Duh” followed by a rolling eye and laughing emoji.

Later that day, Kanye posted another iMessage screenshot. This photo contains a text from “Randy” of Live Nation pleading with West to approve a $2 million payment to vendors for his upcoming Miami listening show.  The 44-year-old agreed to the buy since “Apple pulled on their streaming deal”.

In this caption, Kanye continued to lay into Apple Music and their alleged shady practices. “I love how Apple only sees artist in only one way, They’ll sit with Daniel Ek but won’t meet with Ye.” He typed. In addition to the callout, Ye included a strange memory from a past interaction with Spotify CEO Daniel Ek. “I remember me and Virg were with Daniel Ek in the club in Stockholm and he told me he could tell I get more p—— than him.”

Apple Music wasn’t the only one blindsided by the Stem Player announcement. Fans went into an uproar upon learning they have to make an extra purchase for their favorite rapper. Some praised Kanye for demanding his respect within the industry, while others called the move money hungry and greedy.

hey guys, my name is kanye west. because im greedy and dont wanna take the 12% (im already a billionare btw), im gonna isolate 99.9% of my fanbase and lock my album only to those who give me $200 of their own money. dont buy my stem player. not a real fan! pic.twitter.com/MiCt4fVN6L

I'm not a ye fan but this Is kinda cool. Other musicians make premium album boxes with the same price and here you get a pretty useful gadget instead of a cheap hoodie or other bs

Donda 2 is set to come out February 22nd. Keep an eye out for the greatly anticipated follow-up album.