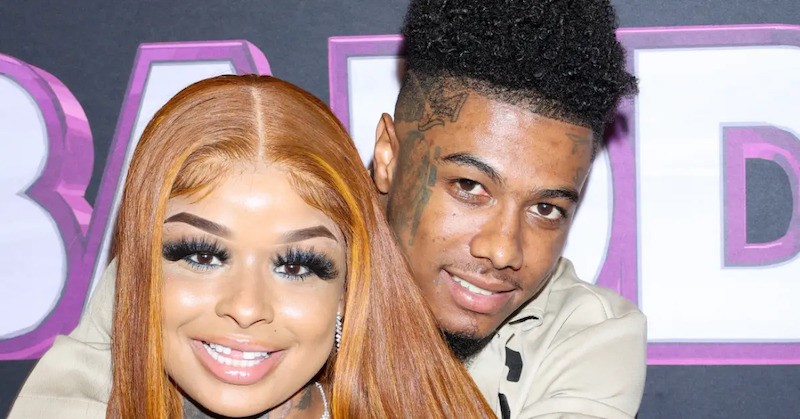 Musical artist Chrisean Rock, more known for her infamous and chaotic relationship with Blueface, announced she is pregnant with the rapper‘s child.

However, the “Thotiana” rapper denies he is the father. Now, Blueface wants a DNA test to prove the child is his.

Congratulations are being sent to the dysfunctional couple, but some are frightened at what this may do to the already horrifying relationship.

Chrisean Rock recently announced that she is pregnant… however BlueFace says he is NOT the father‼️👀 pic.twitter.com/ScuApVw4NV

The 22-year-old shared she was having a bundle of joy in her Instagram stories on Friday. Rock showed three at-home pregnancy tests. Gushes Over Her Soon To Be Family

She was excitingly walking through the halls for a check-up in a video and was seen asking her physician if she could hear the baby’s heartbeat. The social media influencer gushed over having a family and a crowded baby shower.

Blueface Goes Off On Twitter, Preaching The Baby Is Not His

Blueface posted on Twitter that he is done with Instagram star, and it is “strictly business” between the pair. The Los Angeles native stands firm on his statement that the child is not his.

Blueface calls out Chrisean, saying, “Rock has had encounters with 10 different men in the last year until I see DNA test then it’s not mine.”

The rapper, born Javaughn J . Porter, has two kids with ex-girlfriend Jaidyn Alexis. His baby girl appeared in the world last summer. That pregnancy came out in a box in front of a Christmas tree. It took Porter a moment to realize, but then it clicked, and he hugged her.

Is It Shocking He Is Not Happy? Not Really

It is not very shocking that the “Thotiana” rapper isn’t happy about the news as he and Rock have been in domestic violence incidents. Also, the couple is on and off constantly, and Blueface disrespects Chrisean Rock publicly. He has even fought her father… shall I go on?

Whether Blueface is the father or not, hopefully, Chrisean Rock will have a safe pregnancy that results in a healthy baby.