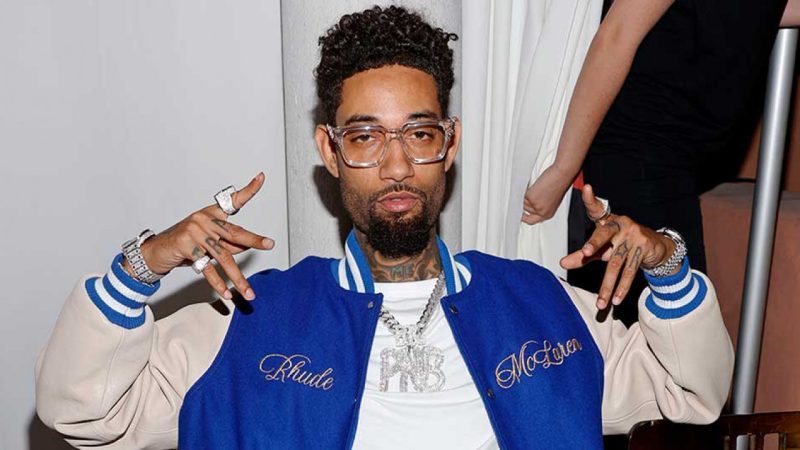 Devastating news has taken over the internet! Rakim Hasheem Allen, better known by his stage name PnB Rock, was robbed, shot, and killed in front of his girlfriend, Stephanie Sibounheuang Monday afternoon in a Los Angeles restaurant called Roscoe’s House of Chicken ‘N Waffles. He was 30 years old.

A panic ensued among employees as the “Selfish” rapper lay on the floor fighting for his life, according to TMZ.

PnB Rock Posted Himself Wearing Diamond Chains; Did It Make Him A Target?

Before the shooting, the “Fleek” rapper posted a video of himself in the car with Stephanie wearing several diamond and silver chains. Capt. Kelly Muniz of the Los Angeles Police Department told the LA Times that the suspect posed a gun threat and requested items from the victim. Unfortunately,  according to law enforcement sources, the rapper’s jewelry was targeted.

“He shot the victim and ran out the side door to a getaway car and then fled the parking lot,” Muniz reportedly said.

In addition, a graphic video circulating the internet shows a group of spectators and an employee encircling the rapper lying in a pool of blood. He was twitching and desperately struggling for his life. Rock seemed to have sustained severe injuries based on his lost blood. Sadly, the 30-year-old victim was rushed to a nearby hospital around 1:59 p.m., where he was pronounced dead.

According to Muniz’s remarks, the South Bureau of Homicide and many other detectives will investigate the incident.

It’s been revealed in the latest issue of People that shortly before the shooting, Rock’s girlfriend uploaded a video of her meal. In addition, she allegedly tagged it with their location in a since-deleted Instagram Story. 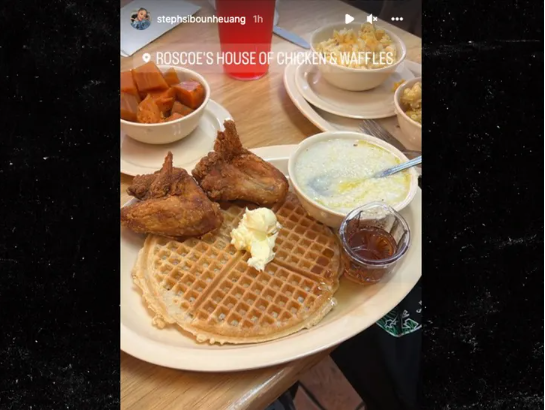 Law enforcement sources received a call at 1:23 p.m. reporting a shooting victim at the Inglewood location. According to KTLA and a source connected to the restaurant, PnB was the only target of the attack. However, the suspect has not been identified.

Per People, police sources told The Los Angeles Times that they are examining surveillance footage from the restaurant and nearby businesses to identify the suspect.

Moreover, a spike in armed robberies on streets and homes across Los Angeles during which thieves target victims for their luxury watches, jewelry, and handbags has prompted his death.

Twitter users have expressed concern about PnB’s condition in the hospital before his death and are upset about this news. However, many have blamed his girlfriend for the shooting taking place Monday. Take a look below!

why did PNB Rock girlfriend post with their address man…didn’t they learn from Pop Smoke?

Kodak Black reacts to the passing of Pnb Rock pic.twitter.com/JS1I78sDer

Damn PnB Rock ole lady finna be thinking about what she did for the rest of her life.

What a heartbreaking story! There is no end to the killing of rappers and people in general.

The tragic incident that occurred to this man, in which he was taken away from his family, is unfortunate. What can be done to rectify this situation? Condolences and prayers are extended to his girlfriend, family, and friends during this difficult time. Rest in peace, PnB Rock.