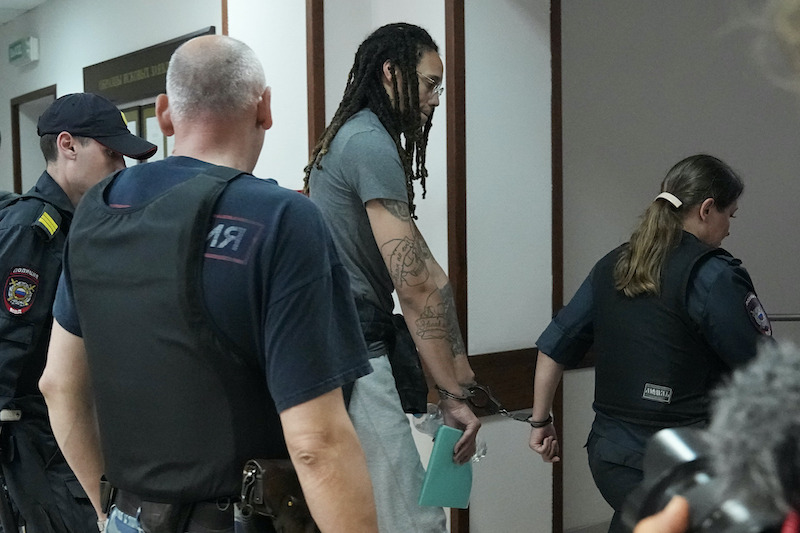 Brittney Griner is being escorted from the court by the Russian cops. Image source: AP Photo/Alexander Zemlianichenko.

When border patrol arrested WNBA star Brittney Griner in Moscow’s Sheremetyevo airport, she had been traveling with two almost empty (0.252 grams and 0.45 grams) hashish oil cartridges. The court has charged Griner with international drug smuggling. She is facing up to 10 years in a Russian prison.

While looking at illegal and unregulated goods entering the country, the minuscule contraband Briner was traveling with doesn’t seem to bother the judiciary that much. According to the Russian Deputy Foreign Minister and a self-proclaimed Kanye West fan, Sergey Ryabkov, “we understand American’s side attempts to fearmonger and start drama, but this won’t help.”

Today, on Jul 7, Brittney Griner pled guilty in Khimki court, yet, the basketball player continues to claim to have no law-breaking intentions. When explaining the used cartridges in the suitcase, Griner blames the incident on her lack of attention. She stated she had forgotten to take the vape devices out while packing her bags for Russia.

After Brittney Griner pled guilty today, the court scheduled her next court hearing will convene on Jul 14. She has been in detention in Moscow since February of this year.

And 40 min later the preliminary hearing is over. No comment from Griner. Her Russian lawyer says the judge extended her detention for the length of her trial. No date set. Curiously, no US embassy officials present for the hearing. #BrittneyGriner pic.twitter.com/FSYprXjSgs

While the opinions on cannabis generally vary, it seems rather obvious no one would smuggle two half-empty oil cartridges with the intent to resell them for a profit. How many sane people would purchase and use something another person off the street has already placed in their mouth? Would you like to buy a few used Juul pods if they still had a drop of juice left? Or a couple unfinished beers? Exactly.

Russia is so “tough-on-crime,” and they would never consider allowing a single gram of illegal substance(s) to enter the country via aircraft, right? After all, the far-right must have a reason to like president Putin so much.

In 2018, an enormous drug scandal took place in South America. Someway somehow, 400 kilos of pure cocaine found its way onto the premises of the Russian embassy in Argentina. The product was then to be redistributed in Europe.

Surprisingly, none of the diplomats faced any legal consequences. Either from drug smuggling or, had they “not done anything,” held responsible for missing 400 kilos of cocaine. Instead, only three businessmen and a maintenance head of the Russian Embassy in Argentina faced convictions of 13 to 18-year prison sentences.

While you’re analyzing who buys cocaine from the Russian diplomats, we’ll quickly get back to Brittney Griner’s case. As we have established, two half-empty cartridges are harsh and a bit petty to consider drug contraband. As it also turns out, the Russian government has issues supervising the narcotics flow in its offices. Clearly, no one is paranoid about minor illegalities. So, what’s with the uproar about Griner?

The Story Of Naama Issachar

In 2019, the court convicted 26-year-old Naama Issachar to a seven-and-a-half-year prison sentence. This occurred after being detained in the Moscow airport, where authorities confiscated 9.6 grams of marijuana from the tourist.

Even though nothing notable happens in Russian politics without Putin’s pardon, he waited a tediously long time to grant one for the release of Issachar. Inconceivably, he most likely gained high ratings from taking a meeting with Issachar’s mother to show the media he is nothing like the airport police who arrested her daughter. The Israeli Court even granted Alexander Courtyard’s ownership to Russia. 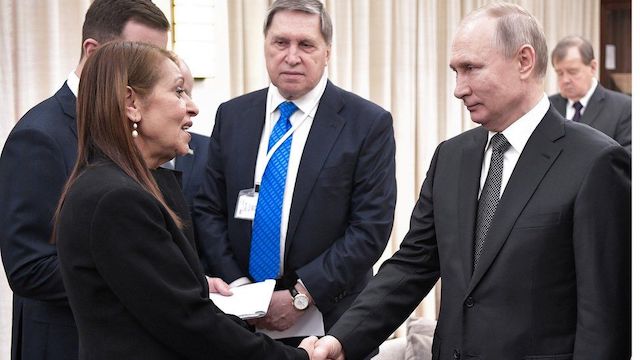