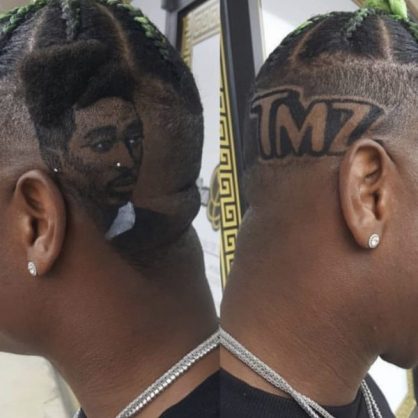 Salutations FM Trendsetters and Cherry Juice Sippers! Former Bad Boy South artist Yung Joc has been known for his countless collaborations, as well as his number one hits since the mid to late 2000s to now.  After appearances on the infamous Love and Hip Hop Atlanta, the reality star has been a trendsetter among weird but trend worthy haircut styles, provided by the Salon Eshelon in Atlanta, GA.  The Dope Boy Magic rapper proved that “it’s going down” when it comes to versatile and controversial hairstyles in fashion. Especially on the Gram. Hate it or love it, its grabbing a lot of attention. His new current haircut however is maxing out all the other attention from the previous. 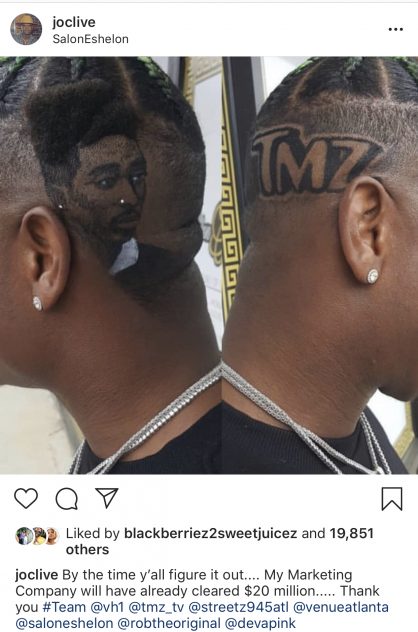 It all started 24 hours ago, when Yung Joc posted his new haircut from his Instagram account. The haircut in in the style of a high fade with green braids on top. Within the left side back of the fade, is a 3D image of slain rapper Tupac Shakur, portraying his notorious Bishop character from pop cult 90s movie “Juice.” On the other side is an enlarged TMZ logo. Under the post he commented “By the time ya’ll figure it out… My Marketing Company will have already cleared $20 million….. Thank you #Team…” mentioning VH1, the controversial TMZ, his barber Rob The Original, stylist and life coach Deva Pink, as well as the Salon Eshelon.  All of whom were responsible for the style cut.

Many fans and more supported the new hairstyle; 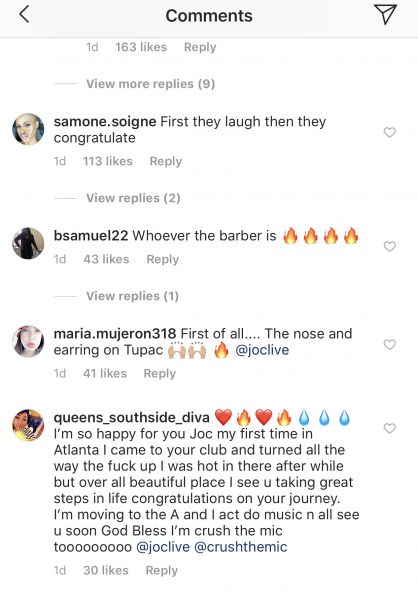 Despite the mixing bowl of praises and hateration, Yung Joc still leaves us with unanswered questions and controversy, as well as theories. What was the “Marketing Company” he was referring to? Why did he choose TMZ and Tupac? Why Tupac‘s character Bishop? Is TMZ going to be responsible for paying him 20 million dollars? Is this a publicity stunt for VH1?  Guess we are going to have to tune in to more posts on Yung Joc‘s Instagram page.