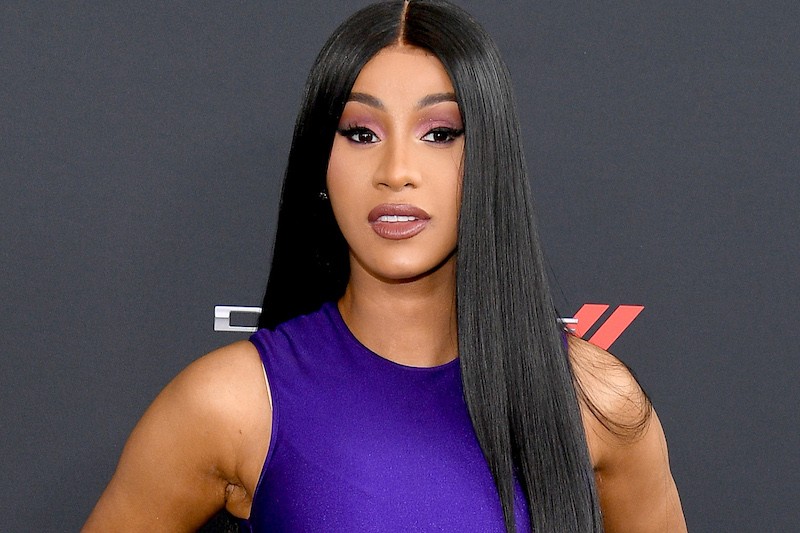 Sometimes a friend has to be the voice of reason. Cardi could clearly attest to that after yesterday’s drunk & chaotic IG live session.

Cardi B firstly rose to fame by posting unfiltered videos of her thoughts on Instagram. Years later, she was still using the platform to self-express. Bardi Gang had always supported their faves antics, but recently a live session ended before it could even really begin.

This weekend, Cardi got on Instagram live to celebrate the drop of her new single “Hot Shit,” featuring Kanye West and Lil Durk. In a video from the live, one could clearly hear Cardi shouting out her two collaborators.

“I want to say thank you, Kanye. Thank you, Lil Durk. Deadass,” she began. “I haven’t had the chance to hit up Lil Durk and Kanye, but–” just before Cardi could finish her sentence, she was swiftly interrupted by her friend.

“She gotta go,” the unnamed woman said before ending the live stream. Of course, this was no easy task with a dominant personality like the “Up” artist. After some struggle, the friend agreed to let the IG live continue so drunk Cardi could say her thanks. “I just want to say I’m thankful.” Cardi explained, to which an exhausted friend replied, “Alright, say your thanks and then get off live.”

In an entirely expected turn, Cardi ignored her friend’s pleas. She continued the live with another companion, letting the friend hold the phone while Cardi danced to her new single. As things were getting a little PG-13 with a car seat twerk session, the IG stream was finally cut short. The aforementioned friend took the phone and ended things for good this time. “End the live,” she said. Obviously, this mystery girl is the level head of the group.

“Hot Shit” is currently charting in the Daily Global Apple Music at #8. The song by Cardi B features Durk and Kanye, also presenting a production by Tay Keith and BanBwoi. You can stream it now on YouTube, Apple Music, Spotify, and Tidal.

Watch the clip for yourself below: