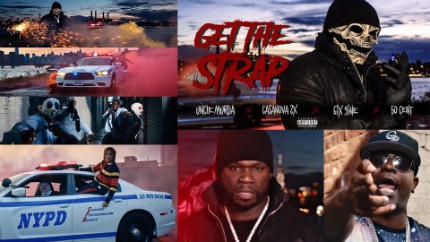 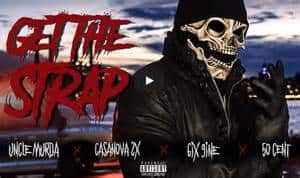 6ix9ine, Uncle Murda, 50 Cent and Casanova Get The Strap

G-G-G-G-G Unit! Boom Boom Boom! Stuuupid! Salutations FM Trendsetters! Better grab a bulletproof Teflon slug-proof vest! Make sure you also, in my 50 Cent voice, “Get the strap!”  This term has been all over social media for months now.  According to 50 cent himself, he coined the infamous hash-tagged phrase, as he uses it in most of his posts!  But now the phrase has capitalized into a lifestyle and culture, as it is the most widely used hash-tag on social media.  Mr. Jackson used this to produce and promote merchandise and apparel.  But now, fresh for the soundtrack to the 5th season of Power,  the music video to the song, based on the phrase of the same name, was released Monday on YouTube, through 50 Cent’s channel.  It was also released via ThisIs50.com, his website. 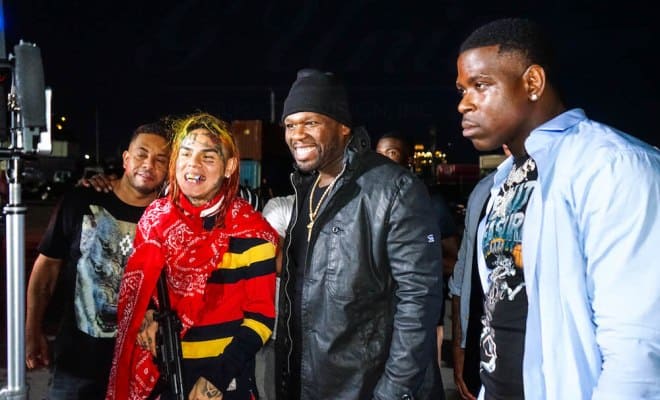 Recently it was released on social media that the set of this music video was shot up by unidentified men in a vehicle.  When you see the video you will see why.  Guns, guns blasting, grand larceny, theft, stolen police car, joy riding in a stolen police car, did I mentioned guns?  Also the fact of having four infamous bang-bang-gang-gang rappers from Brooklyn.  Two rappers, of which, were once enemies according to social media. All on the same track with Southside Jamaica Queens own Ferrari F. 50?  Yeah, no kumbaya here. 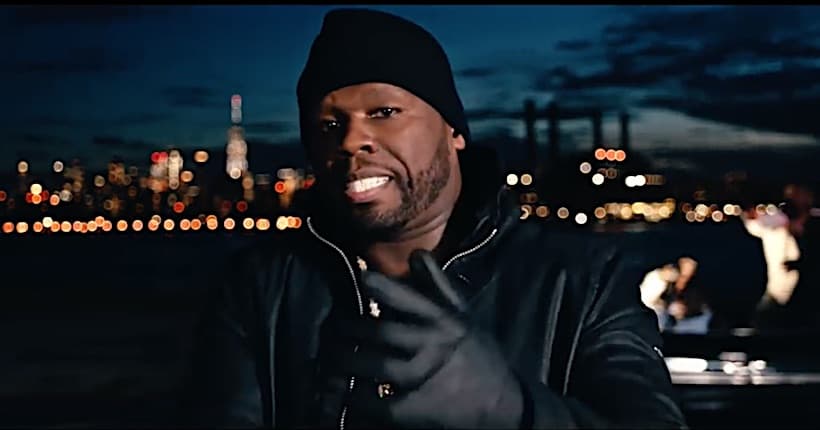 The video begins with Mr. Flatbush Casanova 2x snatching his mask off, rowdy, with military issued weaponry drawn.  Gunshots sprinkle the entire track anyway, so it was only right.  Next scene, is straight to the block with East New York’s own Uncle  Murda, with his bars and shenanigans.  Then, some joyriding in a stolen NYPD car with the self-proclaimed King of New York. Bedstuy‘s Tekashi 6ix9ine.  Last but not least, Queens represents with the G-Unit General Fif. 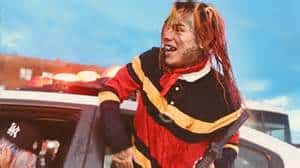 You will definitely love the video in all of its New York gritty.  Make sure you have some construction “tan buttahs”, Teflon vest, Yankee fitted or Mets fitted on low, and most importantly, “get the strap” when you watch this awesome visual, directed by the infamous Eif Rivera.

Watch Uncle Murda ft Casanova 2x, 6ix9ine, and 50 Cent – Get The Strap below: