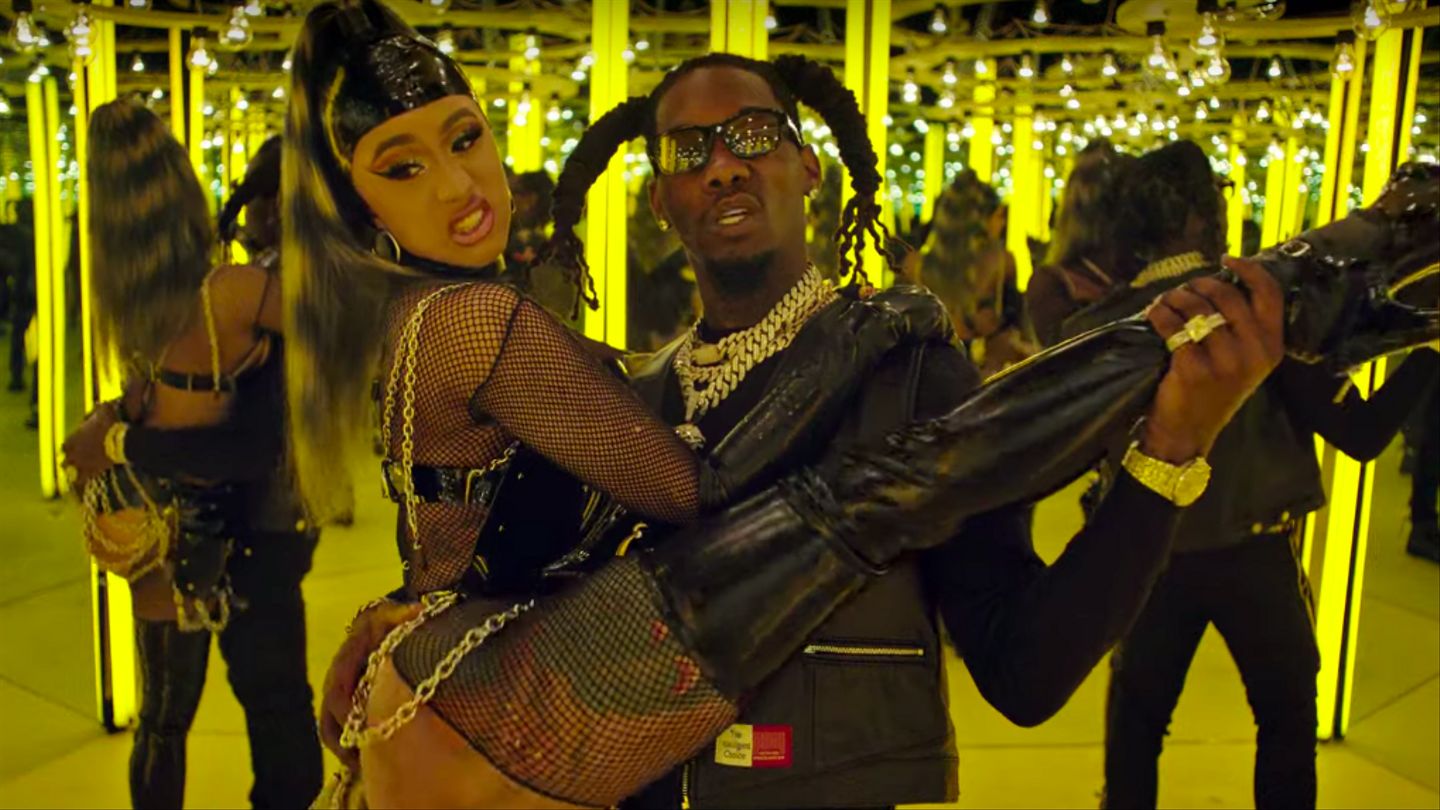 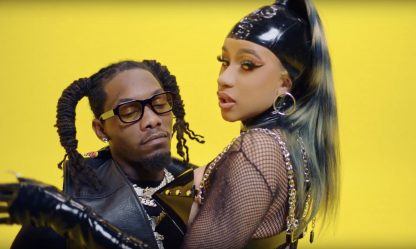 Salutations FM Trendsetters and FM Hip Hop Heads!  Hope everyone planning for this beautiful weekend!  It was already a beautiful week!  If the sun did not bring enough heat for your days, Offset and his wifey Cardi B just dropped some heat on the music video scene.  The wonderful vision of director Daniel Russel and Offset himself, brought together this visual masterpiece and dopeness.  “Clout” music video was released a couple of days ago and already is at almost 20 million views on Youtube and VEVO.   The name itself should have justice, based on these views.  Plus for the fact, it has been a while we have seen Grammy winner Cardi B and her hubby Offset together on a video again.  As fans, we could not just settle for just the track.  The video definitely did the track its justice. 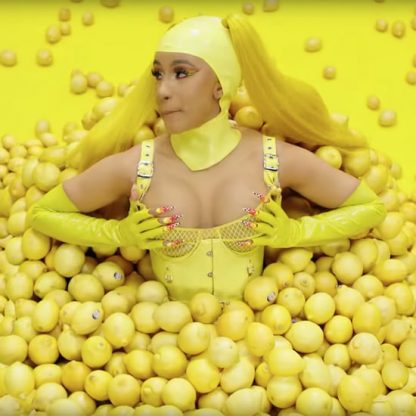 The whole video is in yellow and black, but the main hue noticed is yellow.  Reminds me of the music video for Gucci Mane‘s 2009 single “Lemonade.”  Especially the Bronx Bombshell sitting in a pile, covered entirely of lemons!  I sense a subliminal message for their critics and haters with their “sour” comments and “sour” idealism.  Not to mention many fans and blogs suggests that the fact Cardi B dresses in an ensemble, identical to what femcee Nicki Minaj would wear, could mean a subliminal dagger towards the Queens rapper.  Offset begins the video observing a popular social media app, Tik Tok, that is normally used to broadcast your skills and talents, you know, for “clout”.  Then, just like the Gucci Mane “Lemonade” video mentioned earlier,  he is seen playing the piano to the keys that start the song.   There is also a lot of lap dancing, mainly Cardi on her hubby, and Offset looks like he took a lot of notes from rapper Busta Rhymes, during his music videos with director Hype Williams (Woo-Ha!, Dangerous, Gimme Some More, etc.).

A great video to a dope track!