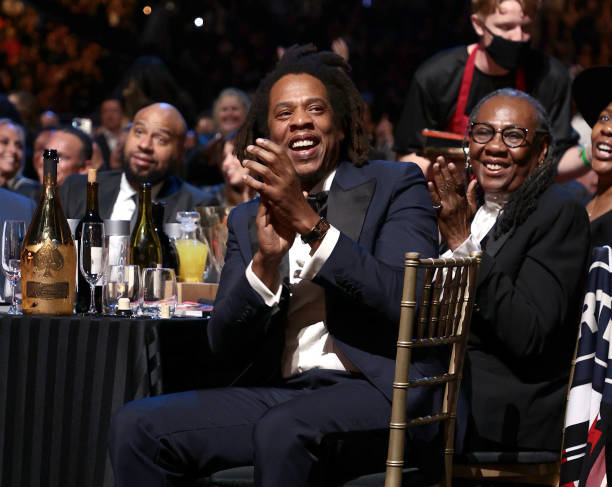 Vintage footage of the unforgettable 2001 Hot 97 Summer Jam just surfaced online.  The hour long video shows a young Jay-Z rocking the Nassau Coliseum.  No one has ever been able to get their hands on the video!  He debuted the infamous diss, “Takeover”, aimed at Nas and Mobb Deep on that stage.  The crowd was shocked at the bars Hov dropped directed at the three New York emcees. During his set, a photo of Prodigy showed up on the screen.  He was a child dressed like a “ballerina” causing the stadium to erupt!

Shortly after, he brought out Michael Jackson! Although, he didn’t  perform, he blessed the crowd with his prescence.  He took pictures with the Roc-A-Fella team and blew kisses to the crowd before leaving.  Jeymes Samuel, producer of the movie The Harder They Fall, sent Jay-Z the video that has been buzzing online.  Samuel and Jay-Z have been working together on more projects.  Apparently, while looking at the old video of himself he says, “Yo, Jigga’s something else!”

He is something else! And has proven that his whole career.  Lately he has been working with Yo Gotti regarding prison reform.  In 2020, Parchman penitentiary in Mississippi was being investigated for inhumane conditions.  Team Roc, the Roc Nation social justice group, hired lawyers for over 200 inmates.  Yesterday, Parchman Penitentiary was found guilty by the U.S. Justice Department of denying constitutional rights to its prisoners.  They have violated the 8th and 14th amendments. This includes failing to provide adequate mental health treatment.  Also, failing to protect incarcerated people from violence at the hands of other incarcerated people.

Today, the @TheJusticeDept determined that the Mississippi State Penitentiary (also known as Parchman) violates the Eighth and Fourteenth Amendments to the U.S. Constitution, pic.twitter.com/yQXLFnuWru

Yo Gotti makes a statement following the big win!

“My heart goes out to the incarcerated men wo have suffered without access to clean water, food and healthcare and the families that tragically lost loved ones in the process.  I will continue to stand up for the voiceless until they receive justice they deserve”.