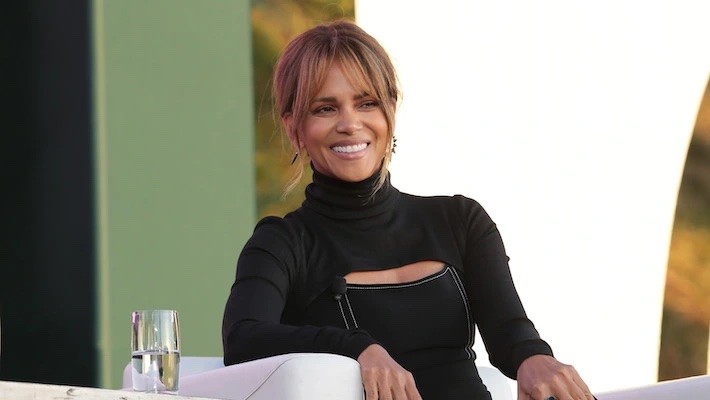 Cardi B, Saweetie, City Girls, and many other top female artists are set to appear on the soundtrack for Halle Berry’s upcoming movie Bruised, per reports from Variety.

Halle Berry posted on Instagram to share her excitement about having an all-female musical lineup for the soundtrack.

Berry stars as a disgraced M.M.A. fighter in the Netflix feature, which will premiere in a limited one-week run in theaters. After that, the film debuts on the streaming service on November 24.

The tracks by H.E.R. and City Girls both prominently feature in critical moments of the film. Consequently, both tracks should expect to see a big push as awards season unfolds.

The track by the City Girls will be the first single released this Friday. After that, the rest of the project will drop.

Meanwhile, Saweetie teased her contribution to the film last week on social media. The rapper posted internet-breaking clip of herself dressed as Halle Berry’s famed ‘Catwoman’ from the 2004 film. The clip has been receiving a lot of buzz amid Halloween.

had to put on for the best Catwoman to ever do it 💅🏽 @halleberry #saweetaween pic.twitter.com/OlGj5b2M80

H.E.R., fresh off winning an Oscar with D’Mile and Tiara Thomas for their song ‘Fight for You’ from ‘Judas and the Black Messiah’, is in high demand right now. Moreover, It doesn’t hurt that Halle Berry loves her.

“I can’t wait to show it,” Halle Berry told Variety. “I have to tell you, one of the things I’m most excited about is the title song that H.E.R. sang… and she killed it. So I can’t wait to share with everyone and am super excited.”

“I love seeing these women of color who are now writing, directing, producing,” Berry went on to say. “Telling their own stories.”