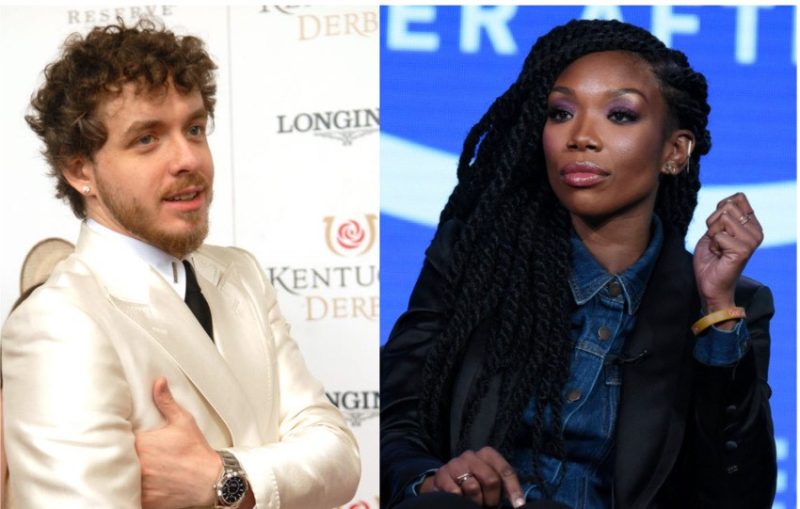 After a viral clip of Jack Harlow not knowing who Brandy is, caused an online commotion, Brandy responded cheekily via Twitter. The “Boy Is Mine” singer said, “I will murk this dude in rap at 43 on his own beats and then sing his ass to sleep.” Afterward, she explained it was a joke and, in a follow-up tweet, said, “it’s all love.”

It didn’t stop there, however. Jack Harlow responded to Brandy with a social media post of his own. Harlow posted a clip of Ye’s vocals from an older collab with the singer. “Bring Me Down” from the 2005 album “Late Registration” appeared in Harlow’s Instagram story. Some say it was shade; others say it was playful. Regardless, this little internet tiff seems to be over. 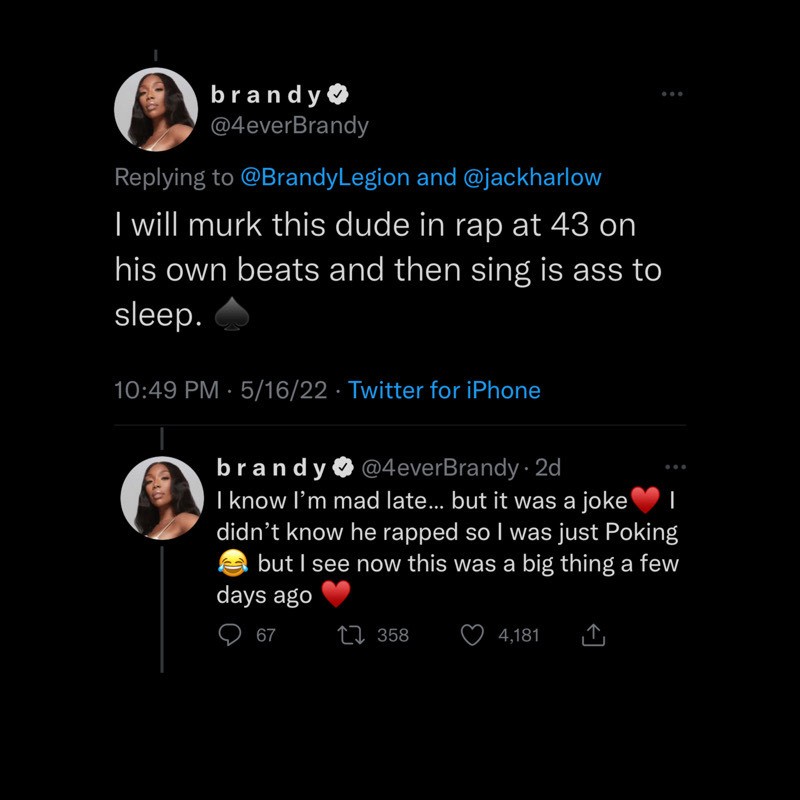 The 24-year-old caught flack from a lot of people on social media. India Arie put her two cents in via Instagram post, saying, “Just because you make black [music] doesn’t mean you know black culture. If U don’t know Brandy’s voice when you hear it …. WHO EVEN ARE YOU?” The responses from other people are more or less lighthearted about the hiccup. However, this debates the rapper’s legitimacy to the forefront. Many people cite mediocrity as a source of the rapper’s success, while others absolutely adore him.

He dropped “Come Home the Kids Miss You” on May 6, which got many negative reviews. Pitchfork, notorious for its pretentious and harsh critiques, scored 2.9 out of 10. The overall consensus is that while Harlow is charming in real life, none of his personality shows in his songs. His single “First Class” is currently viral on TikTok, but even that song is polarizing. Rolling Stone said, “He’s a smooth entertainer with a warm personality, but the Louisville rapper doesn’t seem interested in much beyond dominating the charts.” Despite these conversations, the rapper is still on top and generating buzz. For now, that works for him.