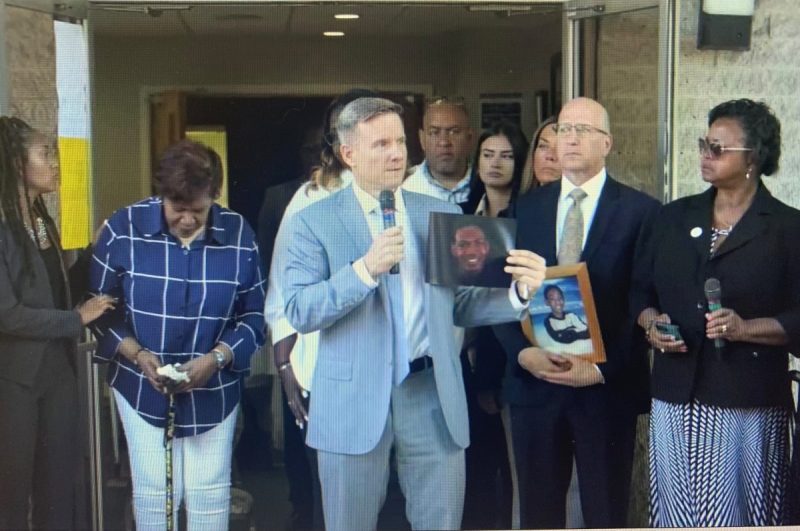 Akron, Ohio, is closing major intersections before the 4th of July weekend to prepare for peaceful protests. A traffic violation resulting in a fatal foot pursuit led to the shooting and death of Jayland Walker, 25, on Monday (June 27). According to reports, eight officers fired over 90 shots during the deadly encounter.

WKYC reported that seven of the eight police officers involved in the shooting are white.

“Use of force cases are always ugly. This case is ugly times ten,” according to a police source who spoke to 3News Investigates. A body camera video recording of the shooting should be available within the next week due to the investigation. Nonetheless, an autopsy revealed that Walker suffered injuries from his face down to his legs.

As reported by CNN, the medical examiner’s office “indicated that Walker was observed laying on his back and was in handcuffs when a medical examiner investigator arrived at the shooting scene.”

In a press conference, Bobby DiCello, a lawyer for Walker’s family, said, “How these events took place leaves us with many, many, many questions.” He also encouraged people to protest peacefully.

His name is Jayland Walker. ⁣
⁣
8 Akron Ohio cops fired 90 bullets at him, hitting him 60 times throughout hie entire body.
⁣
The cops pulled him over for a TRAFFIC VIOLATION.

He was a @doordash driver.

What Led to the Death of Jayland Walker?

Walker allegedly conducted a high-speed chase with Akron police, resulting in his accusation of firing shots at them. Four-and-a-half minutes after the encounter began, Walker reportedly took off on foot before police used tasers. However, the authorities claim that over 90 shots occurred within seconds, hitting Walker more than 60 times.

The police fired some of their last shots at Walker’s body as it lay on the pavement, sources told WKYC. Despite not having a firearm at the time of the incident, police found a gun inside his vehicle.  Based on the autopsy results, the officers handcuffed Walker following the shooting. At the time of arrival of medical assistance, he was dead.

In preparation for further protests, Akron’s Mayor Dan Horrigan canceled the city’s Rib, White, and Blue Festival yesterday (June 30). “Independence Day is meant to be a celebration and a time of gathering with friends and family. Unfortunately, I feel strongly that this is not the time for a city-led celebration,” he said.