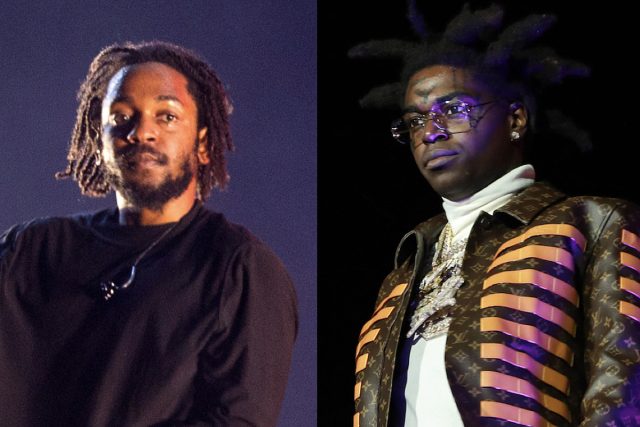 Kendrick Lamar surprised the Rolling Loud Miami crowd when he brought out Kodak Black during his set. During his performance on the third and final day of the festival, K. Dot brought the “Super Gremlin” artist on to help close the night. The duo performed their collab “Silent Hill” from Kendrick’s new album Mr. Morale & The Big Steppers together for the first time.

“Make some noise for my muthaf***ing n***a, Kodak muthaf***ing Black,” Kendrick Lamar shouted as he embraced Kodak Black on stage after the duet. “Love, love, love,” the Miami native responded.

.@KodakBlack1k has just hit the stage with @kendricklamar @RollingLoud 🔥 pic.twitter.com/nHWiOAbW9R

Earlier on Sunday, Kodak took the stage at Rolling Loud for his own solo set. The 25-year-old was forced to wear an ankle monitor due to his recent arrest for drug trafficking. As a result of the incident, Yak was placed on house arrest.

Meanwhile, Kendrick Lamar performed more tracks from his latest album such as “N95,” “Count Me Out,” and “Savior.” He also performed favorites from past albums such as m.A.A.d city, To Pimp a Butterfly and good kid.

Kendrick’s Rolling Loud Miami set coincided with his global tour for Mr. Morale & The Big Steppers. The tour commenced in Oklahoma City last week and continues with a show in Tampa on Wednesday.

Fortunately for King Kenny, his show avoided the kind of trouble that hit Kid Cudi’s headlining performance on Friday. The “Man On The Moon” artist, who filled in last minute for Kanye West, stormed off early after being hit by objects from the crowd. However, Kanye showed up anyway and was brought out by Lil Durk during his set later that night.

Meanwhile, Future took top billing on Saturday and surprised his audience with Travis Scott. Scott was rumored to have been banned from Rolling Loud after 10 people died at his Astroworld Festival last November.