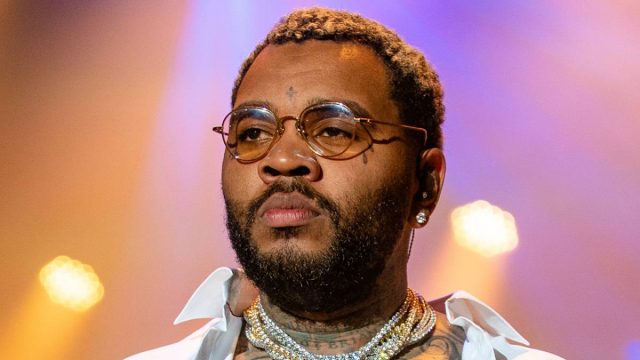 Kevin Gates raised a few eyebrows when he namedropped Beyonce and other female celebrities in his ‘Super General’ freestyle. The Baton Rouge native used the freestyle to expand on his sexual fantasies with famous women, including Nicki Minaj, Beyonce and Rubi Rose.

On Wednesday, Kevin Gates dropped by The Breakfast Club to discuss his album Khaza. Other topics of the conversation included Gates’ health and his 2017 incarceration. During the conversation, DJ Envy brought up the raunchy ‘Super General’ freestyle. Kevin Gates then responded by saying he was just saying what others think about in regards to Beyonce.

“That’s one of the most beautiful women in the world. I can’t be a fan?,” he explained. “I’m sitting in a trap house around the monsters just looking at the TV just like ‘Man, I swear to God…’. When I said that, everybody feel like that. They just scared to say it. I ain’t scared to say it.”

Gates added that he intended his comments “respectfully” in regards to Beyonce’s husband, Jay-Z. Rubi Rose, who Gates also namedropped in the freestyle, responded to the rapper’s fantasies on Twitter.

Later on in his appearance on The Breakfast Club, Charlamagne asked Kevin Gates if hip-hop or Islam impacted his life more. As a devout Muslim as well as a major force in the rap game, the artist said that Jews and transgender people are the ones that have helped him the most.

“It’s a lot of Muslims that love me, but it’s also a lot of Muslims that judge me like ‘You can’t have tattoos, that’s haram– ‘Haram’ means forbidden– ‘You can’t do this and this'”, Gates said. “Man, you know who really helped me like really get back on my feet since my last tour? It’s been Jews and transgenders. The people that the world will say is the worst people. Them the people that helped me.”

You can watch Kevin Gates’ full interview on the Breakfast Club below.