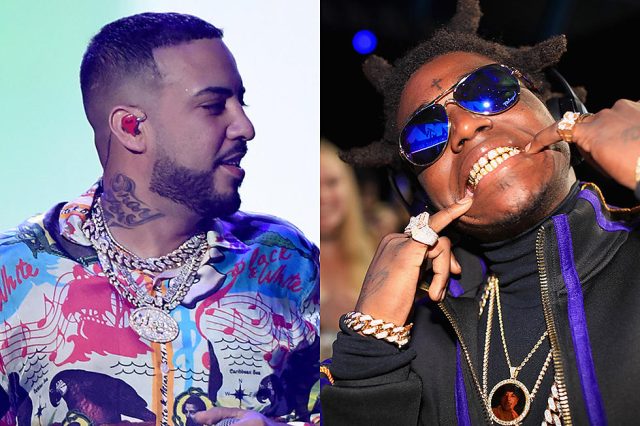 Kodak Black may have been in some trouble recently, however, the rapper may be collaborating with French Montana on a new album.

According to Hip Hop DX, on Tuesday, August 2nd, Kodak presented plans to drop a joint album with the “Keep It Real” rapper in the near future. Hyping up his work as “top rope,”  the two artists have proven to be a successful duo in recent years. Kodak Black and French Montana came together on tracks such as “Lockjaw,” and “Mopstick.” They also worked together on “Lifestyle” featuring Kevin Gates, along with DJ Khaled’s “Pick These H*es Apart.” In 2019, “Lockjaw” was certified double platinum and the video for “Mopstick” was co-signed by Drake following its release earlier this year.

In a 2020 interview with Big Boy, French described Kodak as one of the most unusual collaborative encounters. He stated Black hardly spoke to him on set of their “Lockjaw” video.

“Me and him didn’t have, like, one conversation when we shot the video,” I just looked at him and he growled at me. That’s my dawg, man. Shout out to Kodak. But you know, we was getting lit, we was drinking. He live that rock star life. He about that life.”

While we wait on the album, in June French Montana, secured his spot in the “rap album of the year” ring with Montega. The full-length collaboration that gained appearances from Rick Ross, Quavo, Jadakiss, Benny The Butcher, EST Gee and more. Back in. February, Kodak Black also scored his third top three album with Back For Everything. Not to mention, “Super Gremlin” went platinum-certified, and the Florida rapper also featured on some the year’s greatest rap albums such as Kendrick Lamar’s Mr. Morale & The Big Steppers, Gunna’s DS4Ever, and Future’s I NEVER LIKED YOU.

Keep updated with FM Hip-Hop for all you latest hip-hop news as we wait for the joint album to arrive.