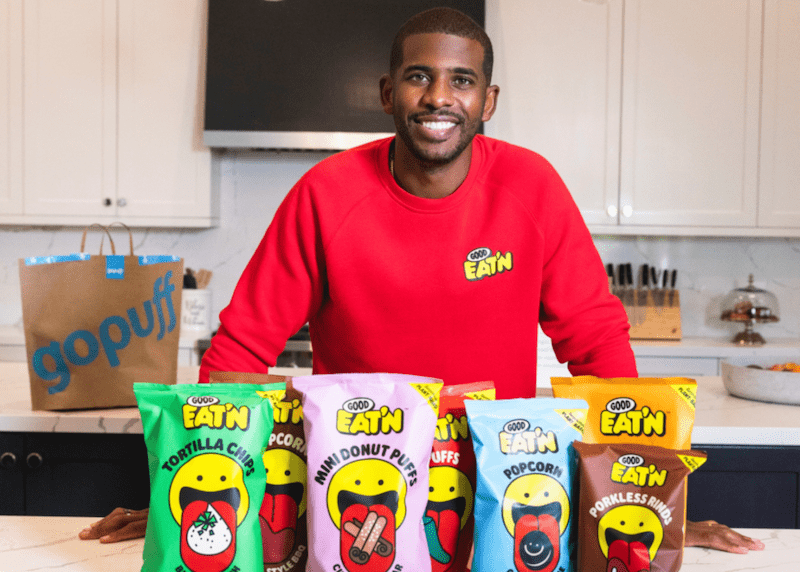 Paul himself acknowledged the difficulty in finding quality vegan snacks. The legendary point guard and GoPuff hope their new brand remedies that particular problem. Some find it odd for Paul to engage in this business venture; however, those more aware of Paul’s personal life see it as a natural progression.

The twelve-time NBA all-star transitioned to a plant-based diet in 2019. The change stemmed from Paul’s viewing of the Netflix documentary “The Game Changers.” The film interviewed several athletes who credited their prolonged success to their plant-based diets. Paul, aged 34 at the time, neared the age that many other NBA players began to decline in performance or retire altogether. However, following his new dietary change, Paul resurged into basketball prominence.

Since then, he went to the NBA finals with the Suns, made several All-Star game selections, and made it onto two All-NBA Second Teams. Such a performance increase led Paul to initially become an advocate for the benefits of plant-based diets. Now, Paul aims to use this new brand to bring the benefits of that diet to the mass market of America.

Paul’s announcement also follows the new trend of entrepreneurial superstar athletes. Recently athletes in all sports began to dip their toes into other realms as a potential money-making plan. Some, like Chris Paul’s fellow NBA stars, Lebron James, even ventured into sports ownership. Others also follow the simple and more common route of endorsement deals. However, if successful, Chris Paul’s new attempt could also inspire others to enter the snack industry.