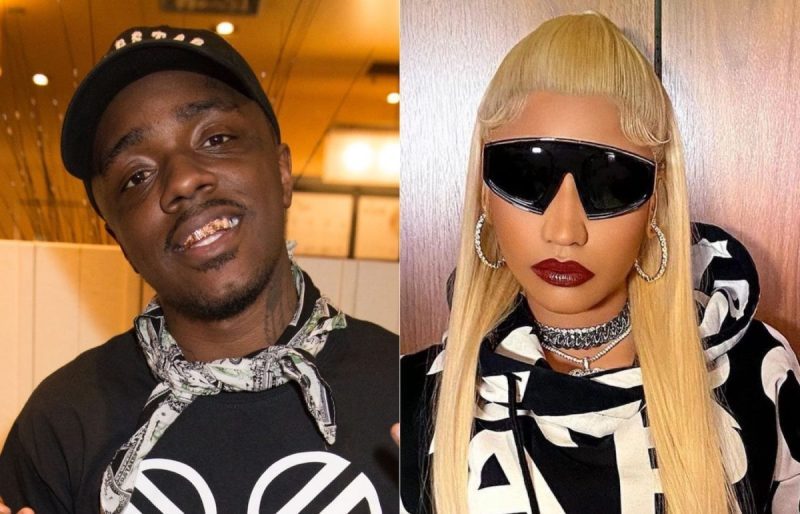 It has been four years since Nicki Minaj last appeared on the music scene. The release of her singles such as “Do We Have A Problem,” and “Bussin” with Lil Baby has led to the eager anticipation of Nicki’s follow-up to Queen. However, she appears to be moving forward with her upcoming ventures. Tate Kobang, a Baltimore rapper and producer, announced on Wednesday that he had signed with Nicki Minaj’s record label. He confirmed the agreement on his Instagram Stories.

“Welp that’s cats out the bag …yeah I just closed my deal and signed to Nicci as a artist. Damn,” he said on Instagram Stories.

Nicki mentioned the signing during an Instagram Live in January and sent a huge shout-out to Tate. “I see you, Tate Kobang. I see you boo boo,” she said on Instagram Live. “It’s about that time to announce my record label, y’all.”

Additionally, the Baltimore rapper previewed a new song in which Nicki Minaj contributed some bars. With the snippet playing in the background, he captioned the video “In dat mode.”.

Despite not confirming the news yet, Nicki Minaj first announced in March this year that her label and management company were being formed.

In the interview with Joe Budden, she revealed that she is in the process of launching her own record label and management company. “I am creating my own management company,” without adding much more detail about the company’s name and whether it was already formed.

While participating in the Mega Tron challenge in 2019, she hinted that she was setting up her own label and management company. Her tweet at the time mentioned her search for artists for her roster. Additionally, she expressed an interest in signing dancers, producers, and writers. Since then, no new information has been provided about those plans.

Is Nicki Affiliated With Another Artist Agency?