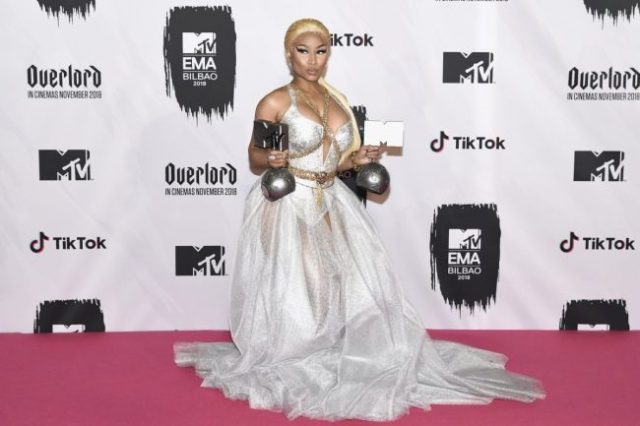 Nicki is pictured attending the MTV EMAs on Nov. 4, 2018 in Spain. Image via Getty/CARLOS ALVAREZ

Nicki is back for the VMA. The hip hop star will surely set the stage on fire this time after her first leadoff in 2018; also marking her 11th year since she was awarded for best Hip Hop Video. Furthermore, this time she is receiving the VMA Video Vanguard Award at the MTV Video Music Awards, held at the Prudential Centre in Newark, New Jersey. 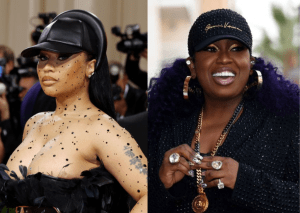 The two Hip Hop icons exchanged praise for each other

Missy Elliot received the honor of the same title in 2019. They did not present the award since then because of the COVID-19 pandemic. This year, it’s time for Nicki to shine! The “Chun-Li” rapper totally deserved it after all counting her top hits that featured on the Billboard Hot 100. Not forgetting her two albums, “Pink Friday” and “Pink Friday: Roman Reloaded” that topped the 200 billboard chart.

Among many people who congratulated Minaj on this occasion, the famous rapper Missy sent her a shout-out on Twitter by saying,

“Congratulations to @NICKIMINAJ on this achievement [clapping emoji][celebration emoji].

Fans have noticed that the 2-star devout wishes and love for each other’s success. Even Bruce Gillmer – The Paramount and Chief Content Officer added a few words:

“Nicki has broken barriers for women in Hip Hop with her versatility and creative artistry, she has shifted the music industry and cemented her status as a global superstar with her crossover appeal, genre-defying style, and continuing to be unapologetic ‘Nicki’.”

The Michael Jackson Video Vanguard Award, aka Lifetime Achievement Award is a distinguished award given to influential artists. It’s nothing like the other awards, this one is a gold-plated moon person. It’s given solely to those who made outstanding contributions to popular culture. Many successful artists including Madonna, Jennifer Lopez, and Janet Jackson have been the recipients.

For this year, the nomination goes to the 39-year-old rapper in the Best Hip Hop category for her single “Do we have a problem?” making it her 17th nomination since her first appearance in 2010. Moreover, she received her first Moon Person Statue for ‘Super Bass’ and then another for Best Female Video Starships and has won several other trophies all along her succeeding career. Nicki became a pillar at the VMAs since her last musical representation in 2014 and 2018 where she performed a medley of her songs.

Alongside Nicki, promising performers like J Balvin, Khalid, Anitta, and Missy Elliot are expected to be there. Don’t forget to vote for your favorite artist on vma.mtv.com and make sure to tune into the MTV Music Awards on August 28, 2022. Additionally this month, the rapper will release her upcoming single “Super Freaky Girl” on the 12th.