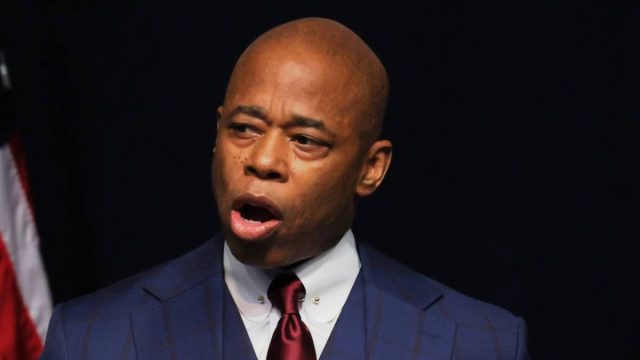 New York City mayor Eric Adams announced a yearlong celebration for hip-hop’s 50th anniversary on Monday. During an event for the Universal Hip-Hop Museum, Adams was joined by hip-hop historians and pioneers as they announced a collaborative effort to celebrate the genre throughout 2023.

The panel included trailblazers such as Grandmaster Flash and Roxanne Shante, alongside the museum’s executive director Rocky Bucano. The Universal Hip-Hop Museum is not expected to open until 2024. The museum’s goal is to preserve the contributions from people around the world to hip-hop culture.

Eric Adams declared himself New York’s first “hip-hop mayor” following a $5.5 million dollar investment for the museum in August. While the mayor has spoken out against the city’s drill scene, he has shown full support for the museum’s construction.

“Whether you are in Co-op City or Canarsie, New Yorkers deserve the opportunity to learn about some of the unique cultures in their backyard,” Mayor Adams said in August. In his announcement on Monday, he took the opportunity to reflect on the history and progression of hip-hop.

“You go back and you look at when these brothers and sisters were starting this amazing genre of music,” he remarked. “No one wanted it. It was denied, it was bastardized, you couldn’t see it anywhere and it was even criminalized. But they pushed ahead, and they were just bold enough to be true to their arts and crafts.”

The mayor also praised the pioneers of hip-hop for inspiring him to pursue politics. He even offered words of hope to prisoners detained on Rikers Island, as well as homeless people throughout the city.

Adams then proclaimed that New York would celebrate hip-hop’s 50th birthday throughout 2023.