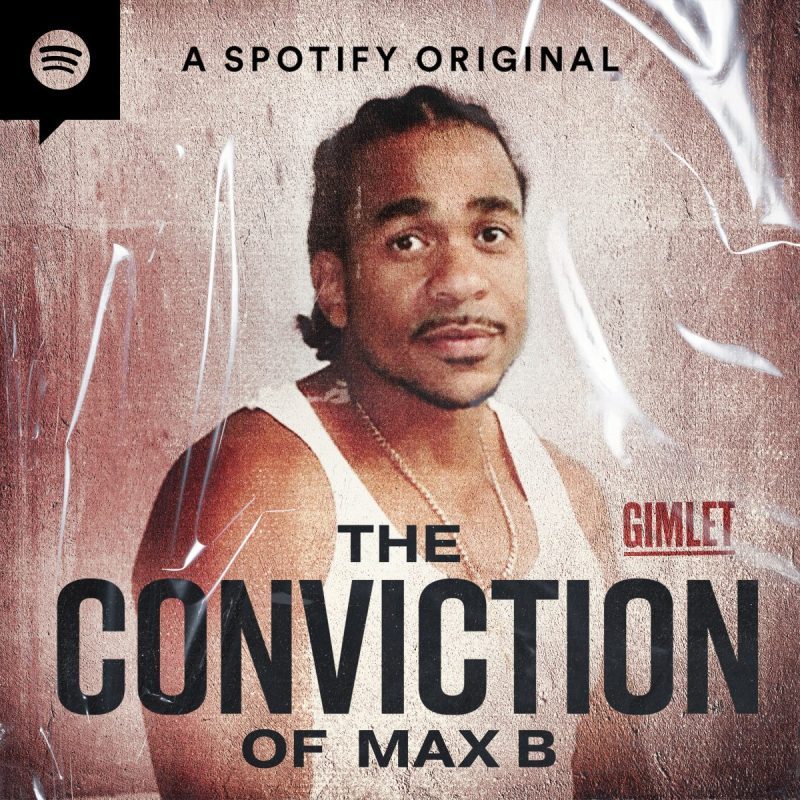 As the medium of modern media continues to evolve, it is fantastic to see how many different channels are available to tell stories. A new Spotify/Gimlet podcast, “The Conviction of Max B,” launched yesterday, also followed by a group release of all five episodes on Spotify. “Conviction” is Gimlet’s fourth investigative reporting season, featuring a brand new story each season.

The season opener of Conviction highlights Max B, a Harlem rapper who is just beginning to make his mark on the music scene. One night, he discovers a bag containing cash in an empty hotel room and takes advantage of the situation. The task would also not require much effort – go in, grab the money, and leave without hurting anyone. However, it does not proceed in this manner. Ultimately, chaos, kidnapping, and the death of a person are the results.

There are many interesting elements to the story, such as a rapper who risks everything to get a bag of cash, a robbery that went wrong, a chaotic trial, and a sentence that raises the question of who the justice system benefits and who it harms. Moreover, the podcast anthology series “Conviction” explores the intersection of crime and justice. Each story focuses on a different case and asks: For whom does the justice system work, and also for whom does it oppose? It seems bizarre that some people committed more severe crimes yet received shorter sentences. Seems unjust!

Each episode description of “The Conviction of Max B” follows.

All Of “The Conviction of Max B” Episodes:

○     Episode Description: Max B is a well-known rapper in Harlem. That is, until one night changes everything.

○     Episode Description: Max cooked up an easy score — in and out, no one gets hurt. But it doesn’t go down that way.

○     Episode Description: As the police pursue Max B, time is running out.

○     Episode Description: Max B goes to trial with his lawyer, Gerry Saluti, by his side. Within the courtroom, things are about to take a dark turn.

○     Episode Description: Max B’s new legal team attempts to secure his release from his 75-year sentence using a rarely effective strategy. But it is Max’s best chance unless he wishes to die in prison.

With a five-episode podcast, Brandon ‘Jinx’ Jenkins, a respected journalist, TV host, and award-winning podcast host takes listeners through the shambles that left a man dead on the night of the crime to Max B’s memorable trial in which 75 years in prison was imposed on him. This series aims to determine why someone with such potential and aptitude would risk everything in exchange for a bag of money.

French Montana Confirms Max B Will Be Coming Home Soon

In a tweet on Jan. 9, French Montana disclosed that Max B would be released from prison in April, as he promoted Max’s new “Lemonade” video from his latest mixtape, Coke Boys 6.

“MY BROTHER WAS FACING 75 YEARS,” Montana said. “HE TOLD ME TO TELL YALL HE ‘LL BE HOME IN APRIL, SILVER SURFER.”

MY BROTHER WAS FACING 75 YEARS .. HE TOLD ME TO TELL YALL HE ‘LL BE HOME IN APRIL ‼️ SILVER SURFER
Live from the can 🌊 Free the Count 💯 “LEMONADE” VIDEO .. Coke Boys 6 OUT NOW ON ALL PLATFORMS 🗽link in bio pic.twitter.com/KavLaPXS1E

A botched robbery in New Jersey in 2006 resulted in Max facing 75-year imprisonment for criminal charges such as armed robbery, kidnapping, aggravated assault, and felony murder. However, it is a matter of good fortune that Max, whose real name is Charley Wingate, was able to have his sentence reduced to 20 years in 2016. Also, in 2019, his sentence decreased again to 12 years.

Listen to the “The Conviction of Max B” trailer below! Check out the five episodes here: