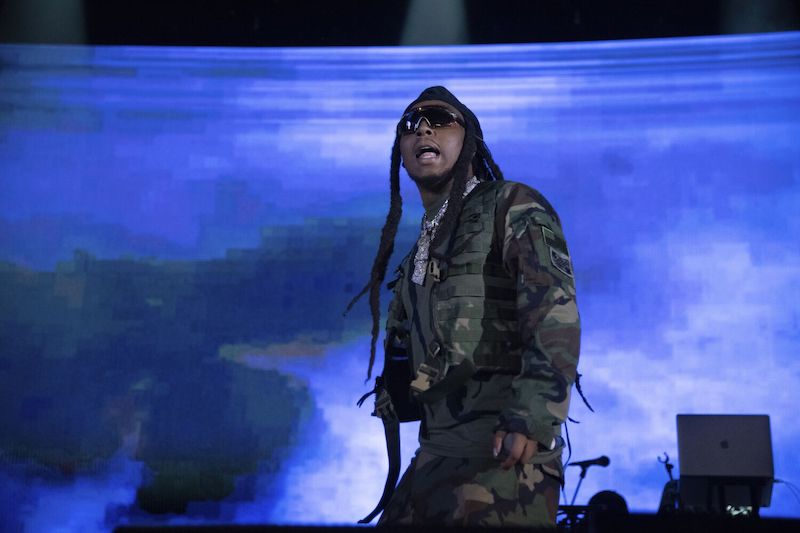 Yesterday, Nov 1, was a tragic day for the hip-hop and rap community as the talented and highly gifted Takeoff from the group Migos passed away.

Takeoff was with his uncle and fellow Migos member Quavo at a bowling alley in downtown Houston when the shooting occurred. The rapper died at the scene, while two other people went to the hospital.

Many fellow artists send their condolences to the family and friends of Takeoff. Drake, Gucci Mane, SZA, Kid Cudi, Yung Miami, and others shared their respect and memories of the Migos member.

Drake stated in an Instagram post, “I got the best memories of all of us seeing the world together and bringing light to every city we touch. That’s what I’ll focus on for now.”

This Takeoff shit so weird .. I’m genuinely creeped out by the world . I cried . God bless that man’s spirit his family and friends . SUCH A TALENTED SOUL .. ion understand

On the other hand, Quavo is taking his time and has not yet issued a statement regarding the tragedy. However, Offset did change his profile picture on Instagram to honor Takeoff.

Shortly after news of Takeoff’s death, LaKeith Stanfield chimed in with his thoughts on the horrific tragedy. Stanfield stated if you support “gangsta rap,” you cannot also support black people.

He continues to explain that the toxicity associated with glorifying black serial killers has killed music and imagery while making people think it’s cool to hurt those that look like them. He also pointed out the abundance of work to do. Such includes restoring the hearts and minds, which “manipulation” destroyed.

Fans on Twitter grieve Takeoff’s death as many send prayers and condolences to his family. One user @DonDadaNYC said, “Takeoff dying really hits different cause the way the Migos took over the music industry and influenced a lot of shit will never be done again.” Another fan proclaimed Takeoff the most talented and funniest Migo.

Takeoff dying really hits different cause the way the Migos took over the music industry and influenced a lot of shit will never be done again. Growing up in high school then going through college, you literally partied to a Migos song. Shit don’t seem real at all dawg