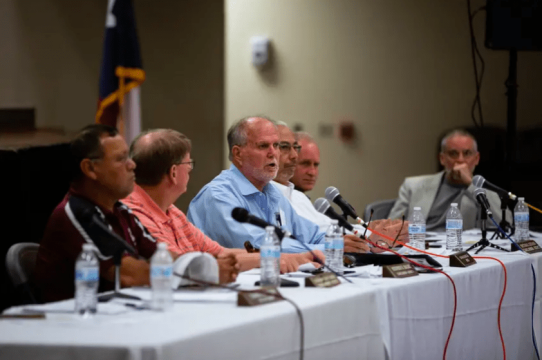 Don McLaughlin, the Mayor of Uvalde, Texas, attended a city council meeting on Tuesday and expressed his frustrations with the lack of transparency from Texas officials. Specifically the Texas Department of Public Safety (DPS), for constantly changing information about the school shooting that took the lives of 19 children and two teachers.

The mayor heavily criticized Texas Rangers, a DPS agency, and its leader, Col. Steven McCraw. Additionally, McLaughlin states how pieces of information given at press conferences from DPS were either false or constantly changing. The mayor accused McCraw of intentionally minimizing his agency’s mistakes in the weeks following the massacre at Robb Elementary.

Quotes obtained by CNN from McLaughlin stated “Col. McCraw has continued to, whether you want to call it lie, leak, mislead or misstate, information in order to distance his own troopers and Rangers from the response. Every briefing he leaves out the number of his own officers and Ragers that were on-scene that day.”

The Mayor on the Community

McLaughlin states that the constant misstatements and blame-shifting from Texas authorities were dividing the community and understandably frustrating grieving families.

“What matters to Uvalde is that these brokenhearted families and this grieving community get a full investigation and an accurate report of what happened that day,” he said.

There have been many people, including families of the tragedy, who want to know where it all went wrong. McLaughlin also stated that Robb Elementary would be demolished. This comes to little surprise after the events that took place close to a month ago.

“You could never ask a child to go back or teacher to go back to that school. Ever,” said the mayor.