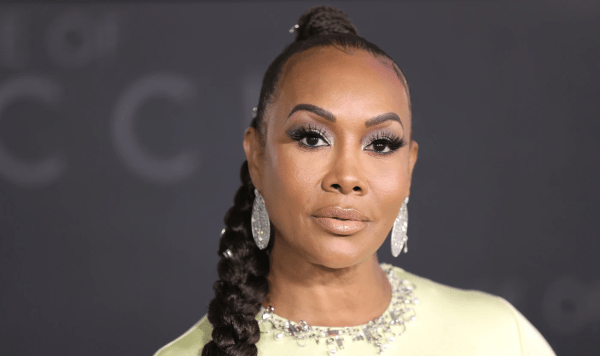 Vivca A. Fox as Copperhead in ‘Kill Bill.’ Image Source: A Band Apart/Miramax/Kobal/REX/Shutterstock

Fox appeared in Quentin Tarantino’s “Kill Bill” as character Vernita Green. She also made an appearance in SZA’s music video for the single from the album SOS.

The Indiana native’s character, also known as Copperhead, was a member of the assassination squad that eventually tried to kill the bride [Uma Thurman’s character].  The bride, who is also an assassin, awakes from a four-year coma full of vengeance. She is ready to attack the ones who betrayed her.

Reportedly the “Set it Off” actress’ phone was flooded with messages after her SZA music video cameo. People thought she would be playing the role again in a third installment of the film.

She allegedly said “Oh my gosh. Did that go viral or what? People were making up their own storylines! My phone blew up that day and the internet as well. Yeah, I think people thought it’s gonna be this thing.”

Furthermore, the television host hopes that Director Quentin Tarantino listens to the fans and recreates another masterpiece of the award-winning franchise. “People are hungry… Quentin, let’s go.” she said at the VarietyStudio.

Tarantino has tested the idea of “Kill Bill: Volume 3.” The movie would likely focus on the daughter of Fox’s character. It would be her journey on avenging her mother’s death by killing the lead character.

The veteran actress reportedly somewhat confirmed the same storyline, according to Variety.