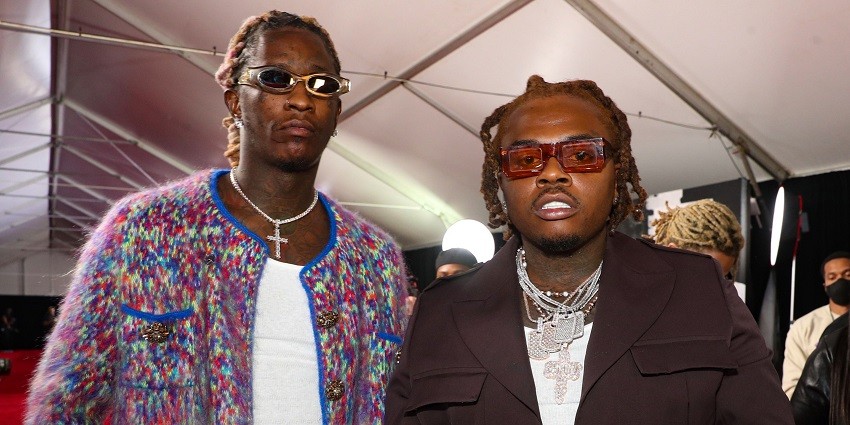 Young Thug continues to be behind bars until the trial is complete. He and Gunna are charged with at least one count of conspiracy to violate the RICO Act. Prosecutors claim that they are part of the gang that has the same name as their record label.

According to WSB-TV reporter Michael Seiden, Young Thug’s court date for his bond has been delayed to June 2. The prosecution has also filed for Thug’s attorney, Brian Steel, to be removed from the case. They are claiming that there is a conflict of interest. Judge Glanville did not go into detail on this, however. The delay was so that the judge could focus on those claims. However, that does not mean that Steel is gone.

Gunna has already tried for bail on May 23. His attorney reportedly proposed several different bond conditions, including a $750,000 secured bond, house arrest with electronic monitoring, and forfeiture of three properties. Gunna’s parents were also prepared to give up their homes for their son. He was even prepared to have all of his phone calls recorded. However, Gunna was denied bail. The court was afraid that he would intimidate the witnesses. His trial is set for January 2023.

Attorneys for Young Thug will make their argument for bond on June 2 after prosecution filed motion to have YT’s attorney thrown of the case, citing conflict of interest.@wsbtv

What is the RICO Act?

The Racketeer Influenced and Corrupt Organizations Act, or RICO, is a federally recognized law from the 1970s. It was developed to fight against organized crime. It draws from a list of federal and state crimes, including fraud, theft, computer crimes, embezzlement, credit scams, investment schemes, human trafficking, illegal gambling, bribery, kidnapping, murder, money laundering, counterfeiting, and various drug charges.

However, this is in Atlanta. Georgia has its own version of RICO. It is similar to the regular RICO, but its definition of a criminal enterprise is more lenient. The regular RICO requires crimes for longer than a decade. Georgia’s RICO does not have that requirement.

If Young Thug and Gunna are found guilty, they can be sent 5-20 years in prison.

Read about artists who have spoken out in support of YSL’s recent investigation.