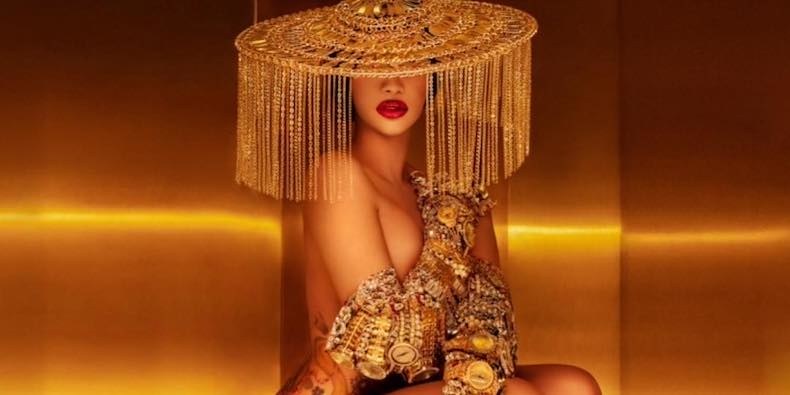 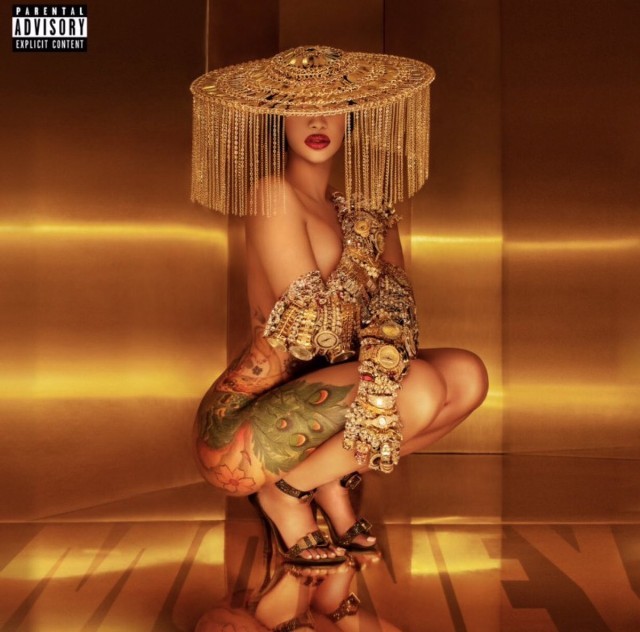 Salutations FM Trendsetters! Miss Bloody Moves is back!  Only now, her “bloody moves” got her “money moves“!  If the multi-platinum “Bodak Yellow” was her come up ballad, then this new joint, produced by JWhiteDidIt (the genius on the boards behind Bodak Yellow), “Money” is the sequel.  Using the same infectious formula that got her famous, the Bronx’s most “braziest” bad chick, Cardi B spits heat, fire and “money”(no pun intended) on this banger.  This track will get you bopping your heads, dancing, and singing along while getting to the bag.  I call this “Bag Motivation Music“. Plus, I’m sure everybody can relate to the lyrics.  If you can’t, then you need to listen to this track to “get to the bag” immediately. 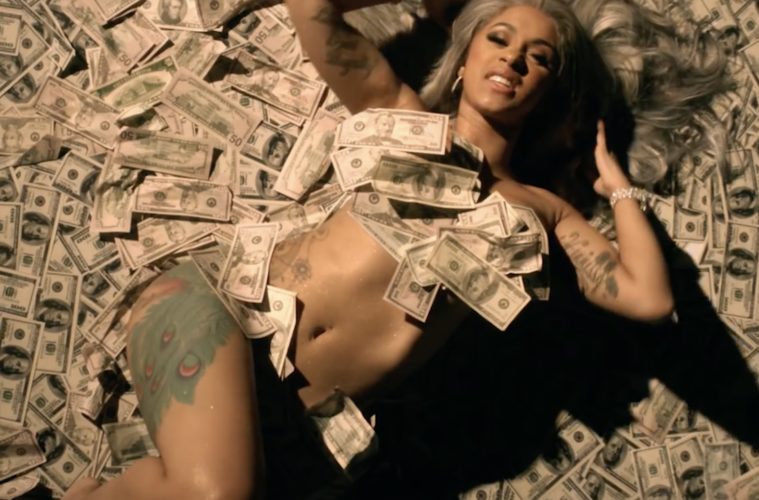 In this banger, she reflects on the grind and hustle needed due to her new motherhood (Cardi B and Migos member Offset conceived a baby girl named Kulture earlier this year), her post-pregnancy sexiness, and letting anyone, whether in the streets, critics or other members of the music industry that she still will let them “catch her hands”. This track is both street and fun.  Not to mention the beat is hot! definitely an awesome follow-up to her explosive debut single. 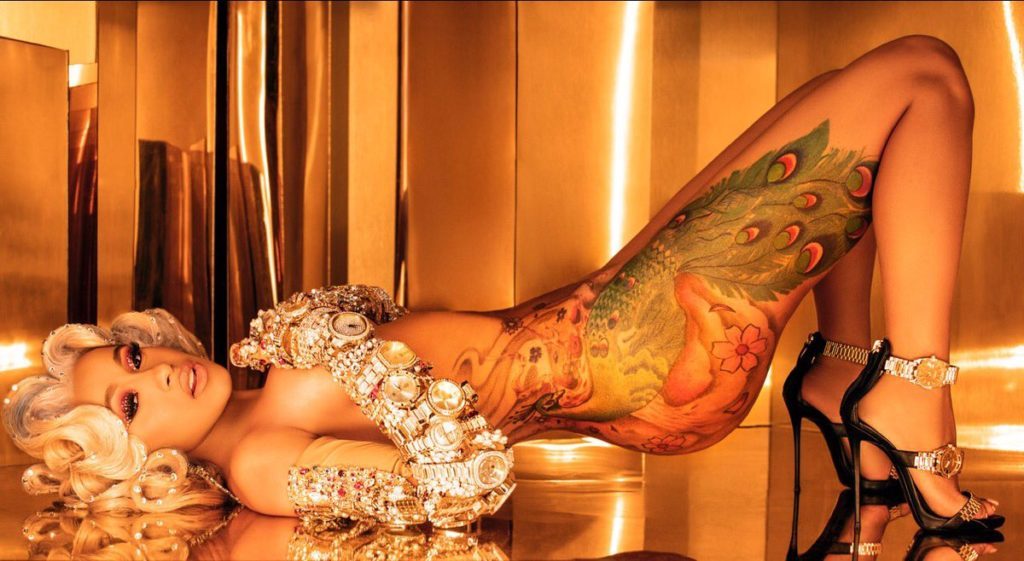 This track in its entirety was released yesterday on all musical outlets including Apple Music (iTunes) and Spotify.  Cardi B hinted the release of this track via social media.  The promotion for it was ingenious, building a hard buzz for the track everywhere.  Snippets were found all over the internet earlier this week.  She even released a photo art for the new single, which depicts the Bronx native draped in a decorative headpiece ensemble, in the nude with dozens of flashy gold and platinum fashion watches.  The meaning: time is money. You might find this track in your favorite strip club and even radio play.  My favorite bars:” I got a baby, I need some money/ yeah
I need cheese for my egg” .