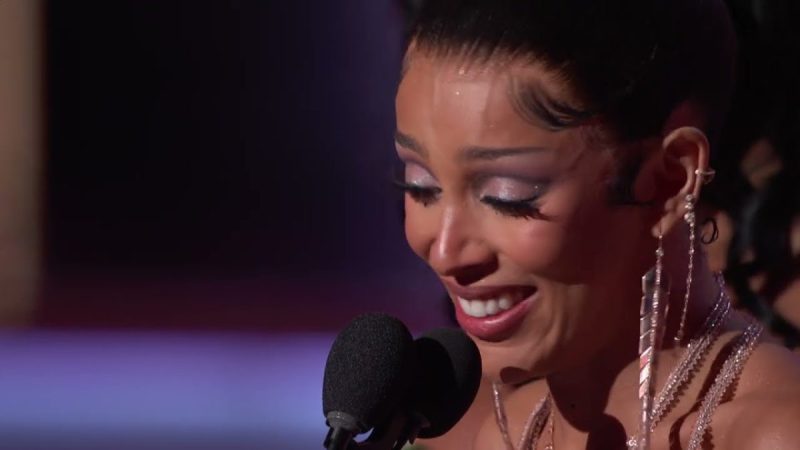 Doja Cat intends to prove that she is a rapper at heart to her haters. Doubters have been attacking the Grammy winner ever since she put out her first album. First, the haters didn’t see her as a musician, and now Doja is also being questioned as a rapper. Doja Cat wants her next album to be a double album to quiet the outside noise and mostly feature her rapping skills.

The success of “Planet Her” Despite Haters’ Doubts

Doja Cat is still enjoying the success of her third studio album. The project was nominated for Best Pop Vocal Album and Album of the Year at the 64th Grammy. The album also went on to win the Top R&B Album at the Billboard Music Awards.

Doja Cat’s Next Album Is For The Doubters

Planet Her had an R&B and Pop feel to it. The collective agrees with this, but Doja Cat wants her next album to be a rapper’s delight.

“I’ve rapped since the beginning, and I really couldn’t even sing that well, to begin with—I got a lot better.”

Doja Cat tells Elle that she grew up listening to Busta Rhymes and Lauryn Hill. It isn’t hard to see their influences in Doja Cat’s artistry. Doja Cat creates magnificent visuals through her fashion, music videos, live performances, and music. Her music pushes the boundaries just like the musicians she listened to. Haters dislike the limitations she goes against.

The Cat has had ideas about who she would like to work with on her next album. Complex reported that Doja would love to work with 9th Wonder and Jay Versace. The news came from Doja Cat herself during an IG Live session. Hopefully, these three will then develop something great for us to jam through our speakers.

.@DojaCat talks about plans to release a double album consisting of a Pop-Rap side and a Hip-Hop side. 👀pic.twitter.com/IOW4ViZQha

Doja Cat continues to evolve from being an internet sensation to an award-winning artist. Can’t wait to see what’s next for her.