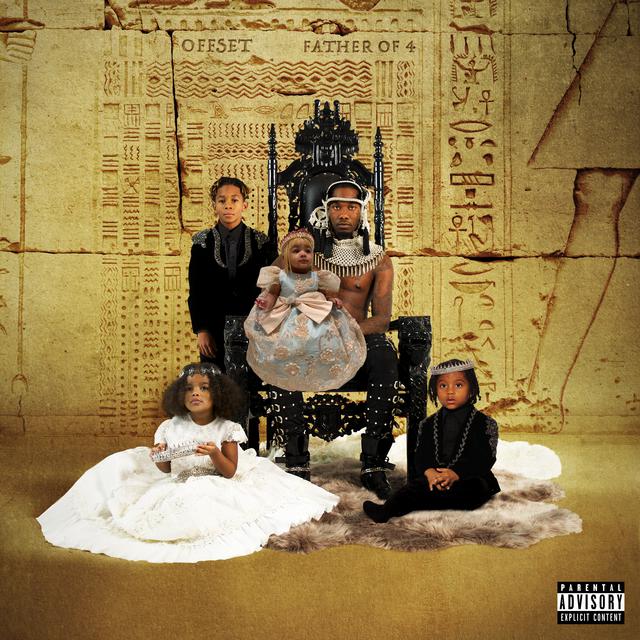 Salutations FM Trendsetters!  Migos is one of the most trendsetting and “drippest” of the culture that we are in today.  With the success of the multi-platinum effort “Culture” and follow-up “Culture 2“, they have been climbing all over the charts .  Quavo released his solo effort, Take Off released his as well. Both albums similar to their prior “Culture” series and “No Label” mix tapes.  However member Offset took a unique approach.  In the words of my co-journalist Prez, the album “Father of 4“, released over the weekend on all social media music outlets,  it was reminiscent of Jay-Z‘s 2017 release “4:44“.  The Migos rapper mentions, as well as elaborates, on all the situations and personal life of the man behind the moniker, Kiari Kendrell Cephus.  This solo album shows us a side we didn’t know of the rapper as a father, husband with flaws, infidelity and raising kids as a teen dad and now. Not your average Migo album.  Here is a track by track review of the new album by Offset:

Listening to this album, you are guaranteed not to skip a track. However this is only my opinion. Hit the links below and hear it for yourself: