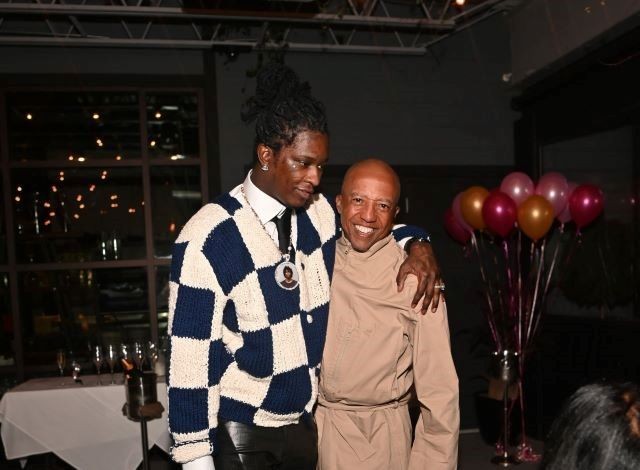 300 Entertainment’s CEO Kevin Liles has nothing but love for Young Thug. The co-founder testified in court today on the rapper’s behalf. While Thug was watching remotely, Liles teared up during his testimony, expressing to the judge what a great person Thug is. “I’m kind of emotional because of how good this guy is,” he told the judge. “I’m willing to back him personally and professionally.” Liles also offered to help financially with the bonds if Thugger couldn’t himself.

Kevin Liles spoke to his relationship with Young Thug, his character, and the relevance of his rap lyrics to the RICO gang case during Thug’s bond hearing

Machine Gun Kelly also spoke highly about the rapper. According to The New York Times’  Joe Coscarelli,  MGK sent a video message to the judge talking about Thug’s philanthropic work in the community. He and fellow rapper Gunna were arrested last month in Atlanta. The arrests were considered under the RICO act, which is also considered gang-related activities. These indictments go up to around 56 counts of hurdling crimes such as murder and armed robbery. Yak Gotti, Peewee Roscoe, Duke, and Unfoonk, Thug’s brother, were also arrested at the time. Meek Mill also expressed his thoughts on the case. In an Instagram post, he wrote “Thug and Gunna ain’t no crime bosses, they successful rappers with influence that didn’t leave their environment behind….”

The hitmaker has been associated with a criminal street gang that started in 2012 named YSL. It later became the name of his record label. In 2015, Thug was accused of renting the car that was a part of a drive-by shooting that ended up killing Donovan Thomas Jr., a rival gang member. Lyrics from his songs are being used as evidence in the case.