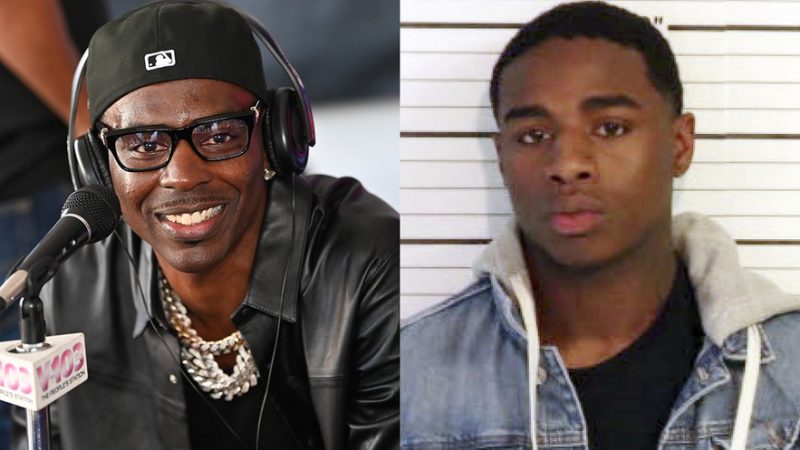 TMZ reports another inmate punched Young Dolph’s murder suspect, Justin Johnson, while making a phone call last Friday (Mar 18). Likewise, Juni Ganguli, Johnson’s lawyer, says he was in the visitation area of the facility when someone struck him.

Furthermore, the exact location of Johnson’s hit is unclear. Still, TMZ claims the Shelby County Sheriff’s Office said there are no injuries.

Young Dolph was shot and killed inside of Makeda’s Butter Cookies in Memphis on Nov 17, 2021. He was 36 years old. This case has continued to develop after his passing. Memphis police were searching for two suspects in connection with the murder the day after Dolph’s death.

Images that appear to be from surveillance videos show two men standing outside Makeda’s Butter Cookies near Dolph’s vehicle. Police posted a wanted fugitive alert for Justin Johnson, 23, on Jan 5.

The arrest of Johnson took place on Jan 15 after spending a short period on the run and dropping music. The police have also arrested Cornelius Smith, another alleged gunman.

Straight Drop, Justin Johnson’s stage name, appears to have filmed a music video at the same Tennessee home in the past where police found the getaway vehicle used in Dolph’s murder. However, the car was found Saturday in the Orange Mound neighborhood of South Memphis on 1100 block of Bradley Street. After talking to law enforcement, a FOX13 reporter confirmed the news, who believes they might have it.

Additionally, Dolph’s autopsy report came out last week. He is a victim of 22 shots. Nevertheless, it appears homicide is the cause of his death.

Following Dolph’s death, his family released a statement: “There are no words that exist, that sufficiently express the pain we are feeling as a family. Losing Adolph, Dolph, Man-Man, changes our lives forever.