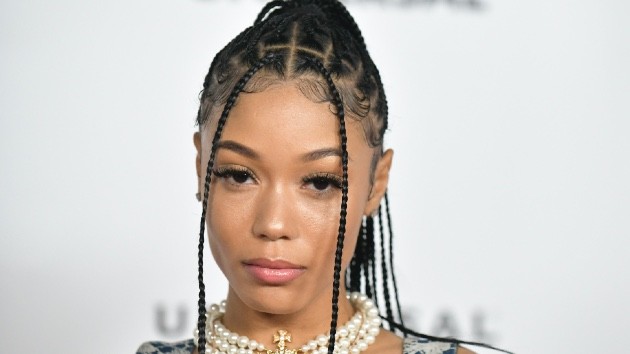 Coil Leray is aiming for a Grammy nomination with a successful "Blick Blick" putting up numbers. Getty Images

After consistently being criticized for being a “TikTok” artist, Coi Leray is now putting those critics to shame. With the release of her latest single “Blick Blick” with Nicki Minaj, she wants to set the bar high for her rap career.

In a series of tweets, Leray is manifesting to get a “Best New Artist” nomination at the Grammy’s one day. “No More Parties, Big prrd, Twinnem, Anxiety and now Blick Blick,” she wrote. “I want best new artist at the Grammys. Even a nomination. I’ll take it.” In a follow-up tweet, she laughed, “Oh yeah … and thanks to everyone who laughed at my XXL freestyle.” “Blick Blick’s” music video currently has over 4 million views.

Once Coi Leray’s dream becomes a reality, she will be one of seven rap acts to be nominated for Best New Artist in the 62-year history of the award show. Out of five, only two have one thus far, with both being female rappers. Lauryn Hill was the first in 1999 and Megan Thee Stallion took the honor last year. In total, six women in rap history have been nominated for Best New Artist, with Saweetie earning a nomination this year.

Leray Is Not The Only “TikTok” Artist

Like Leray, there are a couple of artists who have gotten more success because of TikTok. Doja Cat is one who has become insanely popular over the last two years because of the platform. After the Say So and Sillouhette challenges, she has become a household name. Last year, she was also nominated for Best New Artist at the Grammys and is now nominated for eight this year, including Album, Record and Song of the Year. Another one is Gayle with her worldwide hit “abcdefu.” The song reached the third spot on the Billboard Hot 100.