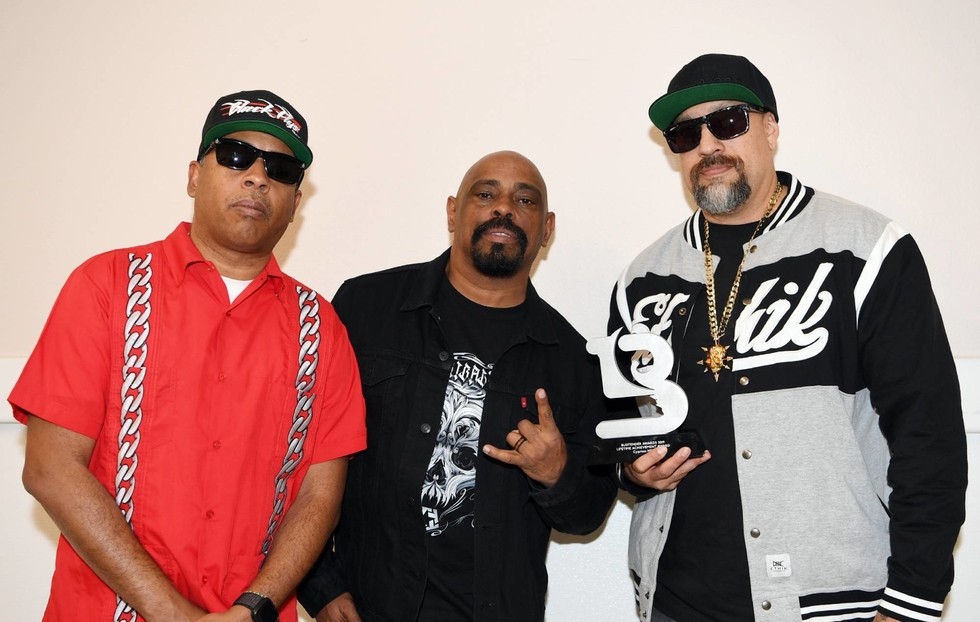 Marijuana: Cypress Hill Was Asked What Would Happen If They Quit Smoking./ Image Source: Denise Truscello/WireImage

On Friday, Mar. 18, Cypress Hill released their 10th studio album, Back In Black. The single “Open Ya Mind” focuses on the “legal ambiguity” of allowing marijuana in the US. It’s a battle B-Real, Sen Dog, Eric Bobo, and DJ Muggs have been fighting for over three decades.

Cannabis has indeed made huge strides in acceptance on the state level. However, it’s still illegal on the federal level. Recently, Cypress Hill spoke with HipHopDX about cannabis rights and how it would benefit the entire nation if marijuana were legal at the national level.

“For us, it’s in music and in the messaging and the music platforms that we’ve been able to build with to get you information,” B-Real says. “There’s what? Nineteen, 20 states maybe that are recreational or medicinal or a combination of both? But we need the whole country to get down with this. It would be good for the country, economically it would create jobs and it would do a whole lot of healing.”

“I see it happening. When you got places like Florida, that are now embracing cannabis, New York and places like that, that’s f**king incredible. You’re seeing it slowly but surely. I think eventually federally it’ll be completely legal and maybe inside of 10 years. Hopefully five. We’ll see. Salute to the freedom fighters, as we called them once, that put in the work to get us where we are now.”

Cypress Hill is pretty much a symbol of cannabis after their 1991 album debut. Their 2x-platinum album spawned singles like “Stoned Is The Way Of The Walk” and “Light Another.” Their follow-up album, 1993’s Black Sunday, continued the trend with “I Wanna Get High” and “Legalize It.”. They continued to roll that way with Cypress Hill III: Temple Of Boom and every album after that. 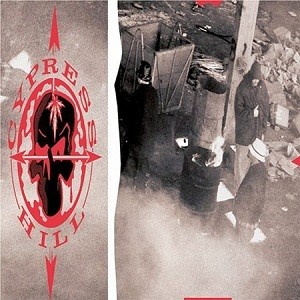 With six marijuana dispensaries under his belt in California, B-Real wants to take his brand statewide. It’s nearly impossible to imagine a time when Cypress Hill wasn’t involved with marijuana or smoking. You’d be hard-pressed not to see B-Real smoking a joint now and then. B-Real, Sen Dog, and Eric Bobo roared with laughter when asked what would happen if Cypress Hill stopped taking bong hits.

“Oh, we’d probably be much tougher to deal with,” B-Real says with a chuckle,” Sen agrees, “Yeah, I would say so. I might show signs of ADD or something like that if I stop smoking weed. We don’t want to see that. I’m soldiering through that right now.”

B-Real continues, “It would be like, ‘Those guys are so rude.’ I’d probably be like, ‘Next’ to every question [laughs]. I don’t think they got to worry about that anytime soon, sh*t.”

Right now, Cypress Hill is on the road supporting Back In Black. Since the group is always on the road, they have earned the nickname “the Grateful Dead of Hip Hop.” However, with the COVID-19 pandemic set to disrupt the concert industry in 2020 and 2021, they haven’t been performing as much. Nevertheless, they were able to play several shows with Atmosphere late last year, so they are not rusty. 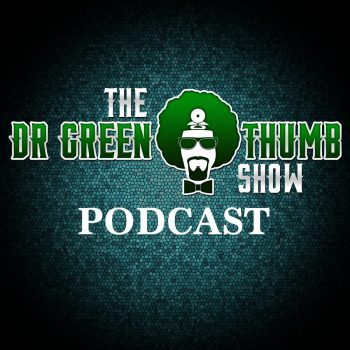 Aside from his music responsibilities, B-Real has several other duties and responsibilities, including Dr. Greenthumb’s podcast and the Dr. Greenthumb dispensaries. Their packed schedule disproves the lazy stoner stereotype. It has been portrayed as lazy and incompetent by society that people who smoke marijuana are lazy, but this has not been true.

“We’re functioning stoners,” Sen Dog says. “I’ve never had a point where I could not function and blow about what I had to do.”

“Yeah. That’s the thing with us. We can get the job done no matter what, whether we were smoking or not. We always had this work ethic, like ‘got to get it done.’ That always pushed us through and that helped break the stereotype that stoners are lazy and they don’t like to work and this, that, and the other.”

B-Real goes on to say…

‘We were showing up in places that people didn’t think we would show up for. We kept gaining ground where people thought, ‘Oh, they’re stoners. They’ll eventually f**k it off. They’ll get lazy.’ If you look in the history of Hip Hop or any f***ing music, we’re one of the most responsible groups to ever come across and always show up and always bring it, never dial it in. There might have been a couple shows where we were a little off the rails due to the psychedelics and some drinking, but we get it done.”

The advocates for cannabis will perform at the iconic Red Rocks Amphitheater in Colorado on April 19, alongside Ice Cube, Too $hort, and E-40. Get your tickets here! There’s a lot of talent in Cypress Hill. They’ve churned out some classics everybody keeps listening to. Although they smoke marijuana heavily, that doesn’t make them less of who they are.