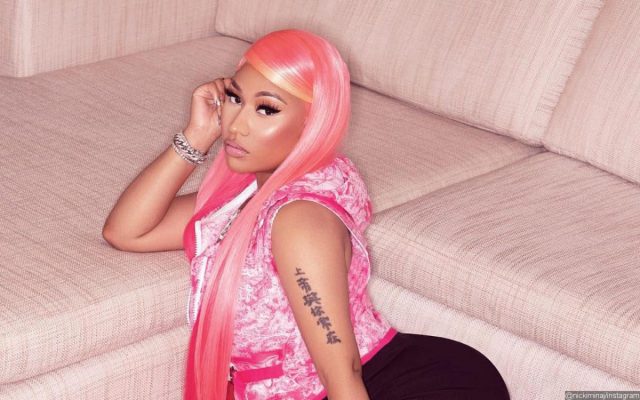 Nicki Minaj’s new single, “Super Freaky Girl,” has fans going crazy this summer! Since her release date on August 12th, that track has already earned over 100,000 sales.  Minaj took to Twitter with a small sincere message.

According to HipHop DX, the single was inspired by Rick James’s 1981, Super Freak. On its first day, the track hit more than three million streams and became the top new entry on the Spotify Global Chart debuting at Number 13. With the love from her fans, Nicki now has earned the largest solo debut for a female rap song in Spotify history. “Super Freaky Girl” grabbed a spot in the Top 100 in multiple countries including Mexico, the U.K., and Australia, also hitting Number 1 on iTunes on the U.S. and Canada charts.

Yesterday, August 16th, the rapper took to Twitter to let her fans know how grateful she feels. Nicki tweeted alongside a flurry of bow, heart, unicorn, and cherry emojis,

“So grateful omg thank you guys.”

The track happened to be a huge win for the Barbz as well. The single was originally called “Freaky Girl,” which Nicki had issues getting rights to and so she asked her fans to help re-name the single. Nicki gave three choices of “Nick James,” “He Want a Freaky Girl” and “Super Freaky Girl.” Fans ultimately went with the last. The Pinkprint artist rapper took to Instagram to say,

“PreSave #SuperFreakyGirl now. Thank you for your over 200k votes but we could not legally use the name freak or freaky girl. You’re stuck with this. Love You.”

Other than “Super Freaky Girl,” the 39-year-old rap legend has dropped numerous hits since starting off 2022. The list includes her Lil Baby collaborations as well as  Fivio Foreign and Coi Leray. The star will also be releasing a new documentary called Nicki, which will be split into six parts, with each one focusing on a different part of Nicki’s career.

Coming SOON!!!! The #NickiDocumentary you didn’t know you needed. Love you so much. 😘🫶🏽🎀💕🦄 pic.twitter.com/KbOY5fPU0s