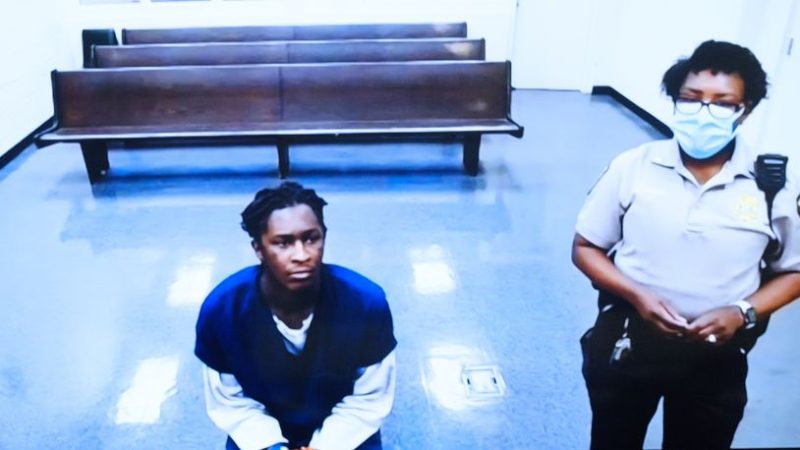 Young Thug has already spent a reasonable amount of time in custody. He initially went under arrest based on the questionable RICO case, which applies to YSL artists’ song lyrics as allegedly credible evidence.

The court also denied bond to Young Thug on multiple occasions. His inability to fulfill commitments resulted in more problems, such as A-1 Concert Entertainment suing the artist for missing out on the “Young Thug and Friends” music festival.

All of the above was insufficient for the state of Georgia’s judicial branch to reverse to third-world standards. You know, the ones supporting the usage of a product of artistic expression as a piece of reasonable evidence. The new questionable reports now come in.

According to AllHipHop, the state seized Young Thug’s belongings and now wants to forfeit them. The belongings at least include almost $150k in cash and 87 pieces of jewelry. There also was such significant evidence as “a green…sweatshirt.”

Maybe law enforcement should also bring up extremism charges. Since the shirt has “the phrase ‘SLIME OVER S#### Make America Slime Again.'”

The reason why the authorities want to forfeit Thug’s property remains unclear. The Rafaello & Company jewelry claims to own nine chains from the artist’s apartment, which he allegedly never gave back.

Thug’s lawyer, Brian Steel, also seems confused by the state’s actions. It makes sense since one can easily find them unconstitutional.

“Forfeiture of the seized property is barred by the prohibition against excessive fines set forth in the Eighth Amendment,” Steel explained. “The property was either purchased in lawful arms length transactions…or the items were gifted to Claimant by persons who have untainted funds.”

While the situation with Young Thug’s property remains unclear, the artist himself doesn’t seem to get out of jail anytime soon.

Hopefully, this sorrowful situation will soon end for Young Thug, and the overall problem of using lyrics as evidence will also end.